UN horrified by vicious slaughter of children by Christian militias in the C. African Republic 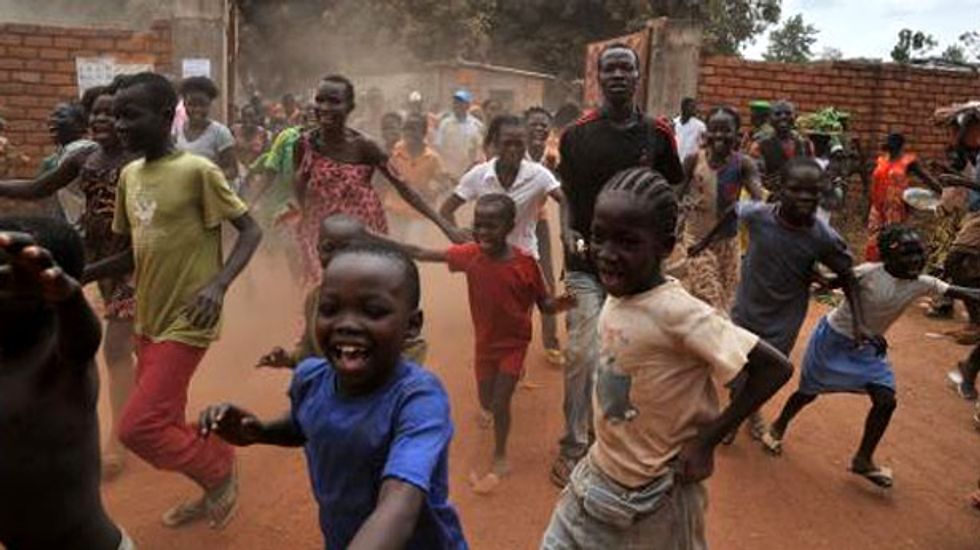 The UN children's agency on Friday said it was horrified at how children are being maimed and killed, including by beheadings, in the sectarian violence engulfing the Central African Republic.

"There is no future for a country where adults can viciously target innocent children with impunity," said Manuel Fontaine, UNICEF regional director for west and central Africa.

UNICEF officials in the region "are horrified by the cruelty and impunity with which children are being killed and mutilated" and are "increasingly targeted because of their religion, or because of their community", the organisation said in a statement.

At least 133 children have been killed and maimed, some of them in horrific ways, in the past two months and UNICEF has verified cases of children intentionally beheaded and mutilated.

Many wounded children have often not been able to get to the hospital for treatment because of the violence.

The CAR has been steadily descending into chaos ever since a coup by the Seleka rebel coalition a year ago installed the first Muslim president in the majority Christian nation. He has since stepped down.

Killings and pillaging by former Seleka rebels led to the formation of mostly Christian "anti-balaka" militias whose attacks have fuelled an exodus of Muslims from the country over the past several weeks.

International troops deployed in the country, including from former colonial power France, have failed to halt the violence that according to Amnesty International has grown into an "ethnic cleansing" campaign over the past weeks.

The UN refugee agency has described the situation in the resource-rich but poor country as "a humanitarian catastrophe of unspeakable proportions".