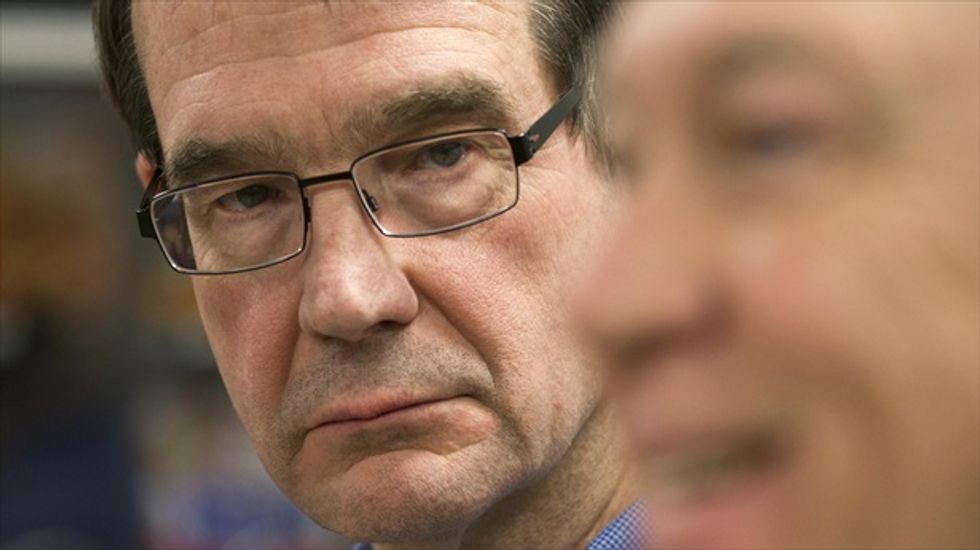 (Reuters) - The head of the United Automobile Workers said on Monday that the union's appeal of a failed organizing effort at a Volkswagen plant in Chattanooga, Tennessee, will focus on the actions of outside parties, not the German automaker itself.

In an interview with Reuters, UAW President Bob King said, "Corporate VW acted with great integrity," in the run-up to last week's election.

"Our issue is really with outside third parties trying to threaten and intimidate both the company and workers," King said. "It was certainly not the company."

Late last week, the UAW asked the U.S. National Labor Relations Board to investigate the vote, citing what it characterized as "interference by politicians and outside special interest groups."

The election loss at the Chattanooga plant was a blow to the UAW, which spent two years trying to persuade the workers there to unionize, but still lost, even with the support of VW.

A number of anti-union Republicans, including Bob Corker, a former mayor of Chattanooga who now represents Tennessee in the U.S. Senate, urged the VW workers to reject the union, making statements that the UAW says were "threats" that swayed the results.

Just days before the vote, Corker said he had been "assured" that if workers at the plant rejected the UAW organizing drive, the company would reward them by sending new work to the plant.

Volkswagen, which had allowed the union access to the factory and officially stayed neutral in the vote, flatly denied Corker's claim. But days later, the workers voted against the union 712 to 626.

Usually, post-election appeals are triggered by the actions of management, not outsiders, and King acknowledged on Monday that for complaints against third parties such as Corker, there is "a little bit, not a lot" of precedent regarding where free speech ends and illegal interference begins.

But he asked: "Are we going to allow outside people to do what neither unions or management can do?"

[Image: United Auto Workers President Bob King listens as Secretary-Treasurer Dennis Williams answers questions during a news conference at the Chattanooga Electrical Apprenticeship and Training Center after the announcement that the union lost its bid to represent the 1,550 blue-collar workers at the Volkswagen plant in Chattanooga, Tennessee, Feb. 14, 2014. By Christopher Aluka Berry for Reuters.]