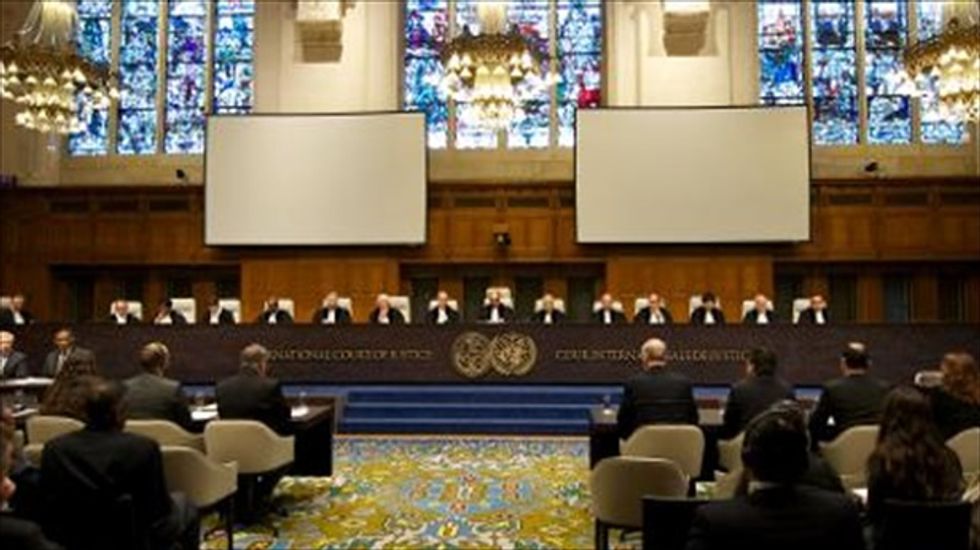 The UN's highest International Court of Justice is to hear arguments next month in a long-running genocide case that threatens to sour relations between Croatia and Serbia.

The Hague-based ICJ "will hold public hearings in the case concerning Croatia vs Serbia from Monday March 3 to Tuesday, April 1," it said in a statement Friday.

Croatia in 1999 dragged Serbia to the ICJ on genocide charges relating to Zagreb's 1991-95 war of independence following the collapse of the former Yugoslavia.

Croatia accused Serbia of "ethnic cleansing" which it said was "a form of genocide which resulted in large numbers of Croatian citizens being displaced, killed, tortured or illegally detained, as well as extensive property destruction."

Zagreb wants judges to order Belgrade to pay damages "to persons and properties as well as to the Croatian economy and environment... a sum to be determined by the court."

Belgrade responded with a countersuit, saying some 200,000 ethnic Serbs were forced to flee in 1995 when Zagreb launched a military operation to retake its territory.

Known as Operation Storm, ethnic Serb numbers in the region dwindled from 12 percent before the war to four percent after the operation.

Belgrade was outraged in 2012 when Operation Storm's Croatian military commander, Ante Gotovina, was acquitted on appeal by the Hague-based International Criminal Tribunal for the former Yugoslavia (ICTY).

So far the ICJ, which rules in disputes against countries, has recognised only one genocide case since opening its doors in 1946.

In 2007 it ruled that genocide took place in mid-1995, at Srebrenica in neighbouring Bosnia, when almost 8,000 Muslim men and boys were slaughtered by Bosnian Serb troops after they overran a UN-protected enclave.

Their bodies were subsequently dumped in mass graves in the worst slaughter on European soil since the Second World War.

The ICJ however also ruled that Bosnia had failed to prove the involvement of the Serbian state in the massacre.

Both Zagreb and Belgrade have said previously that it would consider withdrawing the cases before the ICJ if certain conditions were met.

However, Serbia's outgoing Trade Minister Rasim Ljajic said last week that it was "too late for a political agreement" on withdrawal of the complaints and that "apparently there was no political courage in Croatia" for that, Beta news agency quoted him as saying.