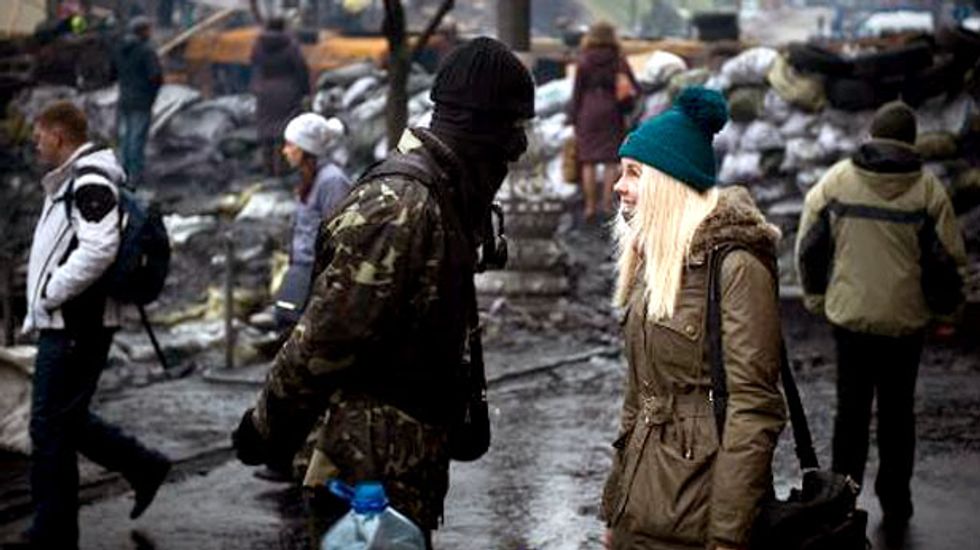 A judge who placed several anti-government protesters under house arrest has been killed by two unknown assailants in central Ukraine, the interior ministry said on Wednesday.

The ex-Soviet country has been hit by large-scale protests since November, when President Viktor Yanukovych balked at signing a deal deepening ties with the European Union under pressure from Russia.

Scores of demonstrators have since been detained -- some of whom have been charged with crimes carrying sentences of up to 15 years in jail.

He "had recently examined the cases of several people who took part in protest acts" and who were charged with "occupying public buildings", it added in a statement.

But the ministry made no direct link between the cases and the murder.

The protest movement has seen Ukrainians set up camp in Independence Square in central Kiev, and occupy several public buildings in the capital and other parts of the country in a bid to pressure Yanukovych to step down.

According to the ministry, the judge had refused to detain the protesters, placing them under house arrest instead.

Judges in Ukraine have a bad reputation, and are often accused of corruption.

According to a recent poll, eight Ukrainians out of 10 say they have little confidence in the profession.

Several judges have been killed in Ukraine in recent years.