US researchers: 'living drug' treatment beats back leukemia in 88% of adults 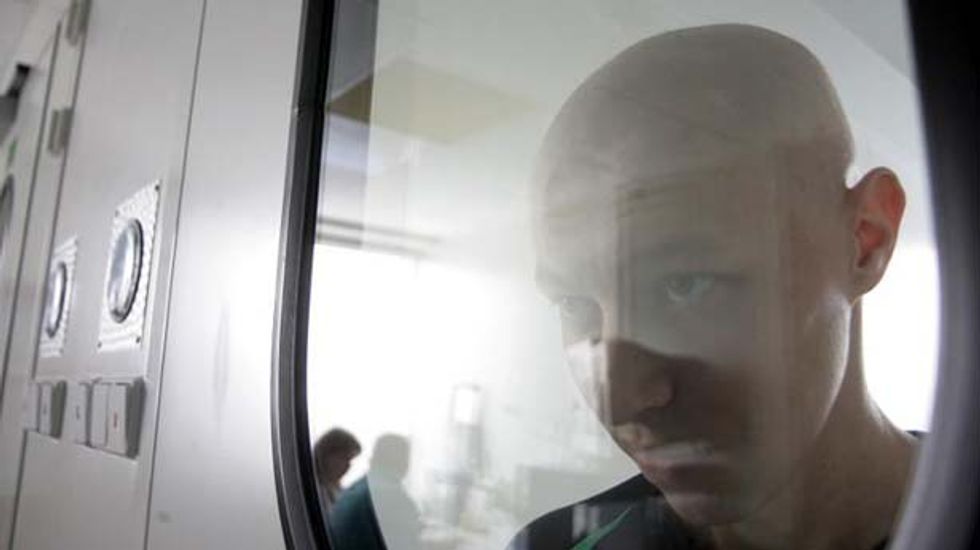 A new approach to killing cancer cells that uses a patient's own immune system has beaten back leukemia in 88 percent of adults, US researchers said.

The report by scientists in New York offers more good news for the burgeoning field of cancer immunotherapy, which uses what some describe as a "living drug" that was hailed by Science magazine as the breakthrough of 2013.

The latest trial, published in the journal Science Translational Medicine, involved 16 people with a kind of blood cancer known as adult B cell acute lymphoblastic leukemia (ALL).

Some 1,400 people die of ALL in the United States each year, and while it is among the most treatable cancers, patients often become resistant to chemotherapy and eventually relapse.

For this study, 14 of 16 adult patients achieved complete remission after their T cells were genetically engineered so that they could focus on eradicating cancer.

The patients' median age was 50, and they were all on the brink of death when they entered the trial, having relapsed or discovered that chemotherapy was no longer working.

The longest remission among them so far is about two years, and that patient is still going strong, said lead author Renier Brentjens, director of cellular therapeutics at Memorial Sloan Kettering Cancer Center.

Without this therapy, just 30 percent of relapsed patients would be expected to respond to salvage chemotherapy.

The process involves removing some of the patient's T-cells and altering them with a gene to make them recognize a protein, known as CD19, on the cancer cells, so that they can attack them.

Left to their own devices, T cells can attack other harmful invaders in the body but will allow cancer to grow uninterrupted.

"Basically, what we do is re-educate the T cell in the laboratory with gene therapy to recognize and now kill tumor cells," Brentjens said.

After 15 years of work on the technology, known as tumor-targeted chimeric antigen receptor?modified T cells, "it seems to really work in patients with this particular type of cancer," Brentjens told AFP.

Last year, his team reported the first promising results in five adult patients who achieved remission after the therapy.

He estimated that between 60 and 80 people in the United States have since entered experimental trials of the new treatment, which is also being studied in Europe.

In December 2013, experts from multiple US centers where trials are ongoing presented their findings at the American Society of Hematology (ASH) annual meeting, including the University of Pennsylvania, which is also studying the approach in adults with chronic lymphocytic leukemia (CLL).

The Children's Hospital of Philadelphia is enrolling pediatric patients in trials of T-cell therapy.

Brentjens said other US centers have shown similar remission rates in their studies so far, "demonstrating that this isn't a fluke."

"This is a real phenomenon," he told AFP. "This could be a paradigm shift in the way we approach cancer therapy."

Kanti Rai, chief of the CLL Research and Treatment Program at North Shore-LIJ Health System in New York, described the latest study as "a major service to all of us."

Rai, who was not involved in the research, noted that it has been a few years since scientists first reported on their initial success against CLL.

"In the present report, we are told that equally dramatic and excellent results were obtained when a more frightening and fatal disease, such as adult ALL was the enemy," said Rai.

Researchers are still trying to figure out why it does not work in all patients.

Efforts are also ongoing to identify cancer-specific receptor cells that could allow the technique to tackle other types of tumors.

"The expansion to other kinds of cancers is next on the to-do list," said Brentjens.

In the meantime, the therapy remains expensive, costing around $100,000 per patient, a price tag experts believe will come down once pharmaceutical companies get more involved and the technique becomes more widespread.