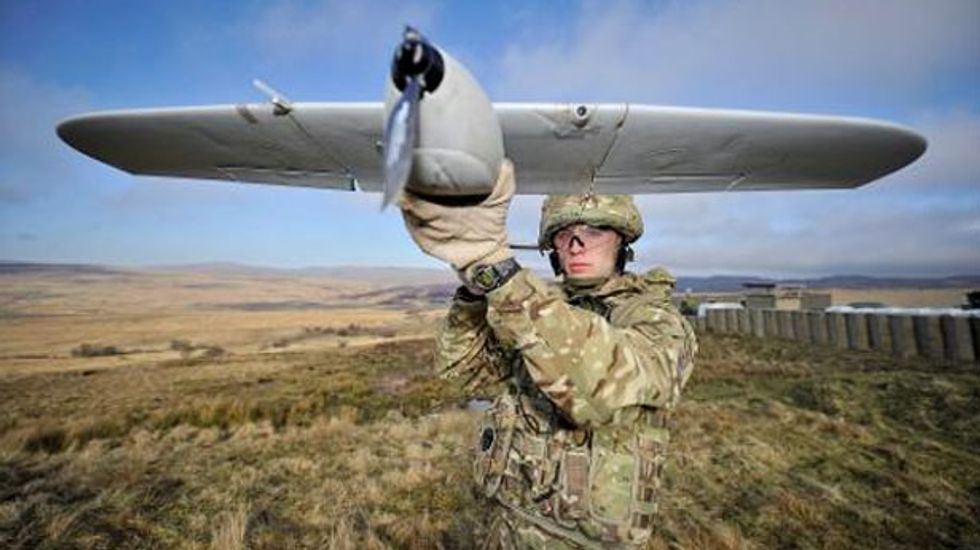 The falling cost of acquiring drones will see them increasingly used in warfare and surveillance, a leading think tank said Wednesday, although it believes citizens are unlikely to accept fully autonomous deadly attacks.

The International Institute for Strategic Studies (IISS) made the claim in its annual assessment of global military capabilities.

At the launch of the Military Balance 2014 in London, IISS military aerospace expert Doug Barrie said the use of unmanned aerial vehicles (UAVs), or drones, would increase, although they would continue to co-exist next to manned aircraft.

He said the assumption entering the 21st century had been that autonomous drones would soon completely replace piloted planes.

"I think there's been a step back from that to some extent. I think you will see mixed use for quite some time," he said, but acknowledged that the range of drones' capabilities would increase.

"We're going to see more of these things. They will proliferate from the kind of system you can stick in your backpack up to full-blown combat strike," he added.

The IISS said the increased use of drones was accompanied by legal and ethical questions, including whether attacks could be justified as self-defence and whether they constitute a proportional response to the status of individuals targeted.

Discussions in Western states have included reservations about the potential use of fully autonomous armed UAVs, without humans piloting the devices from the ground.

"Even as software-driven artificial intelligence and 'reasoning' systems become more advanced, machine-based decision-making as the basis for lethal action will remain a threshold legislatures and the public will likely be unwilling to cross," the report said.

The report said that drones were once seen almost exclusively in Western armed forces, but the proliferation of smaller systems had reduced costs, enabling greater use by private companies, individuals and countries with limited financial resources.

UAVs have been used overwhelmingly in intelligence, surveillance and reconnaissance, in effectively uncontested airspace, the IISS noted.

However, such calculations may change if they were up against active air defence weapons. Russia and China have been developing GPS-jamming technology, the IISS said.

In ongoing trends, the report noted the relative shift towards Asia in the balance of military power, with defence budgets in the region rising as Western ones tighten.

In terms of defence budgets as a share of gross domestic product, Afghanistan was top on 13.8 percent, followed by Oman (11.7 percent), Saudi Arabia (eight percent) and Iraq (7.2 percent).

But in real terms, Asian defence spending was 11.6 percent higher in 2013 than in 2010, with China, Japan and South Korea accounting for more than half the increases in 2013.

Total European defence spending in real terms has fallen by an average of 2.5 percent per year since 2010.

"The rapid pace of capability development and the potential for accidental conflict and escalation in Asia will continue to be a matter of concern," the report said, citing the numerous potential flashpoints in the East Asia region.

For North Korea, while its ageing aircraft could not penetrate South Korean or Japanese air defences with a nuclear weapon, "a nuclear suicide mission by a mini-submarine cannot be ruled out".

As Western forces withdraw from Afghanistan this year, the NATO alliance faces pressing issues at its September summit in Britain, working out what shape the "post-operational alliance" should take.

European militaries will likely work close together to maximise value from their defence budgets, it concluded, citing France's operations in Mali, which are being supported by EU allies to fill in shortcomings in their capabilities.