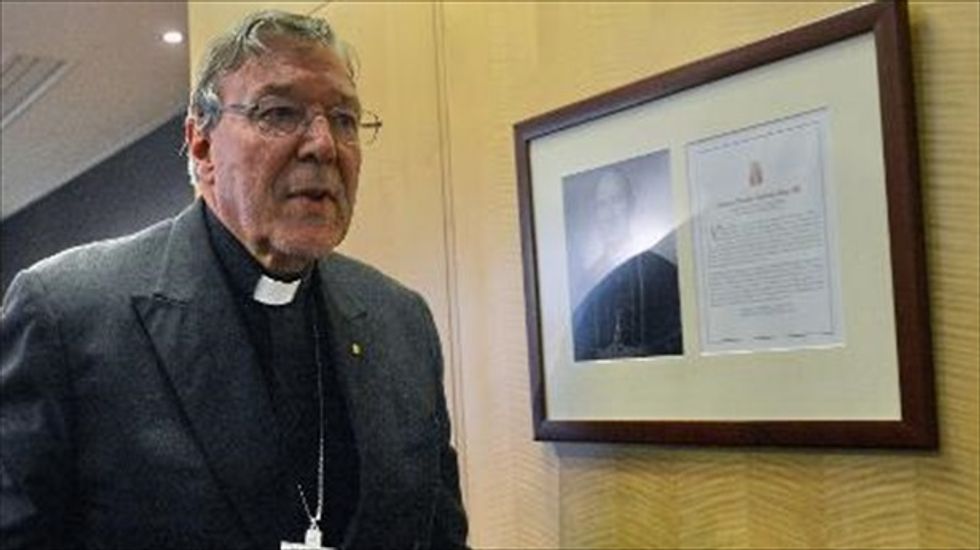 Australian Cardinal George Pell, appointed by Pope Francis to head a new Vatican finance ministry, admitted Tuesday it will be "an enormous task" to put the Holy See's economic affairs in order.

Pell's appointment Monday makes him one of the most important men in the Catholic Church, charged with helping overhaul its much-criticised central administration following a wave of scandals.

The Vatican said in a statement that Pell "has been asked to start work as soon as possible" as head of the Secretariat for the Economy, a role aimed at helping the poor and increasing transparency.

The Catholic Church in Australia said he will begin his new job in March.

The ministry will prepare an annual budget as well as impose international financial standards, in line with a series of recommendations made by a group of cardinals advising the pope, including for a "more formal commitment" to enforcing transparency.

Pell said it was a significant move in the right direction, following a series of leaks to the media in 2012 about "numerous situations of corruption and misconduct".

"The review has highlighted that much can be achieved through improved financial planning and reporting as well as enhancements in governance, internal controls and various administrative support functions," said Pell, who will be based in Rome.

"I am looking forward to implementing these recommendations as requested by the Holy Father.

"I have always recognised the need for the Church to be guided by experts in this area and will be pleased to be working with the members of the new Council for the Economy as we approach these tasks," he added.

"We need to be open to expert advice and aware of any opportunity to improve the way we conduct our financial administration."

"It is an enormous task and it is important we embrace and implement the recommended changes as soon as practicable."

The new ministry will be run by a 15-member council of eight clergymen from different parts of the world and seven lay financial experts.

Francis has said he wants a style of government for the Church that is more "collegial" and less "Vatican-centric" and the process of consultation he used to reach his decision on the new ministry is seen as an example of this.

He reached outside the Church for advice, with the Vatican hiring international consultancy firms such as Ernst&Young, KPMG, Promontory and PricewaterhouseCoopers.

During the 2012 leaks, letters surfaced from Carlo Maria Vigano, the head of the Vatican governorate, who pointed to inflated costs for Vatican works contracts as an example as corruption and misconduct.