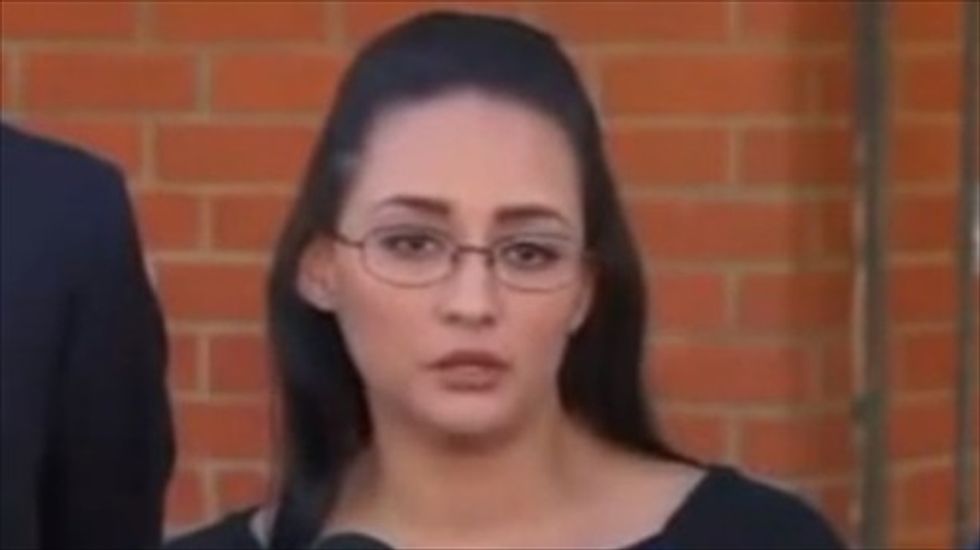 Authorities in Riverside County, California, arrested a former school principal in connection with multiple counts related to sexual assault, less than a month after she was identified by one alleged victim in a phone confrontation posted online.

The Los Angeles Times reported that 40-year-old Andrea Michelle Cardosa is being sought on 16 counts of aggravated sexual assault and lewd acts on a child under the age of 14.

Cardosa resigned as vice principal of student services at Alhambra High School on Jan. 20, hours after a former student, 28-year-old Jamie Carrillo (pictured above), called her at school, secretly recorded the conversation and posted it on YouTube.

"I was only 12 years old when I met you," Carrillo says at one point in the video. "Do you realize that you brainwashed me and you manipulated me and that what you did was wrong?"

"How is having a sexual relationship with a 12-year-old student helping?" Carrillo asks.

The original video was reportedly seen more than 1 million times before being taken down, but duplicate videos have already been posted since. Carrillo said at a press conference on Monday that she planned to take legal action to ensure Cardoza left education.

KTLA-TV reported that prosecutors accused Cardoza of abusing Carrillo between 1997 and 2001. A second unidentified victim has also come forward, saying she was abused in 2009 or 2010, while attending high school in Perris, California.

The Times also reported that both Cardoza and Carrillo were interviewed by authorities when rumors suggested Cardoza was engaging in abusive behavior in 1999. At the time, she was a teacher, and Carrillo's basketball coach.

"She told me that my family didn't love me," Carrillo was quoted as saying on Monday. "That nobody cared about me, that she was my only friend and the only person who cared about me."