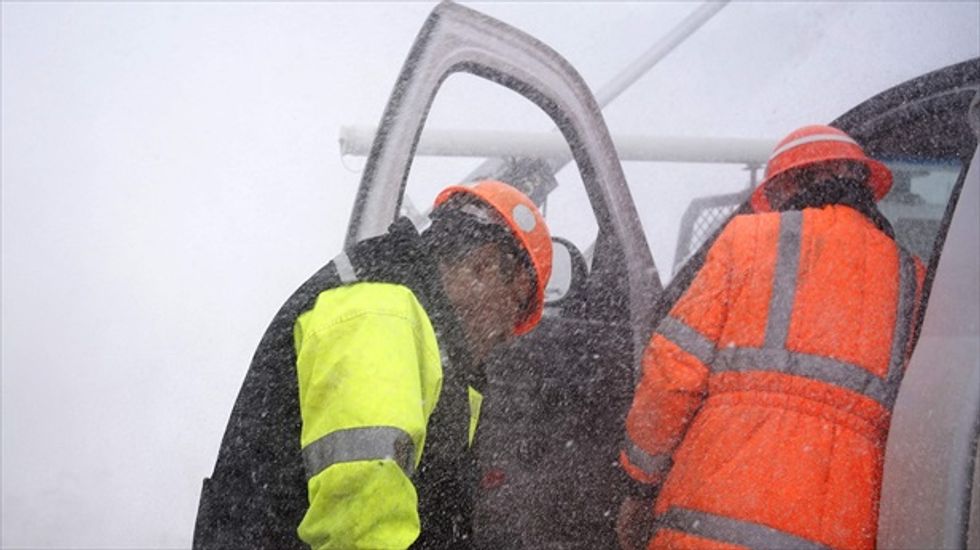 DENVER (Reuters) - Two men from Wisconsin were identified as having died in a weekend avalanche that buried a skiing party atop an 11,000-foot mountain pass in Colorado, authorities said on Monday.

The bodies of Jarrard Law, 34, of Portage, and Justin Lentz, 32, of Sun Prairie, have been retrieved from the mountainside, the Lake County Office of Emergency Management said in a statement.

The pair were skiing with five other people - two from Wisconsin and three from Colorado - on the east side of Independence Pass near the town of Twin Lakes on Saturday when the group triggered the snow slide, the Colorado Avalanche Information Center said in its report on the incident.

Three of the other skiers were hospitalized and two were uninjured.

High winds and heavy snowfall has put much of the Colorado mountains in "an historic avalanche cycle," the avalanche center said in an advisory.

A snowmobiler died in a snow slide on Galena Summit in central Idaho on Sunday, bringing to 15 the number of people killed by avalanches in the United States this winter, all in western mountain states.

Over the last 10 winters, an average of 28 people has died in avalanches every year in the United States, according to the avalanche information center.

[Image: Colorado Department of Transportation (CDOT) master gunner Joe Jimenez (C) hides from the snow behind a truck door after he fired a cannon on Vail Pass to trigger an avalanche on I-70 near Vail, Colorado February 13, 2014. CDOT triggers hundreds of snow slides each year onto closed highways to protect the driving public during winter in the Colorado mountains. By Rick Wilking for Reuters.]