VIDEO: Bus driver beats 14-year-old with broomstick: 'I got what I deserved,' victim says 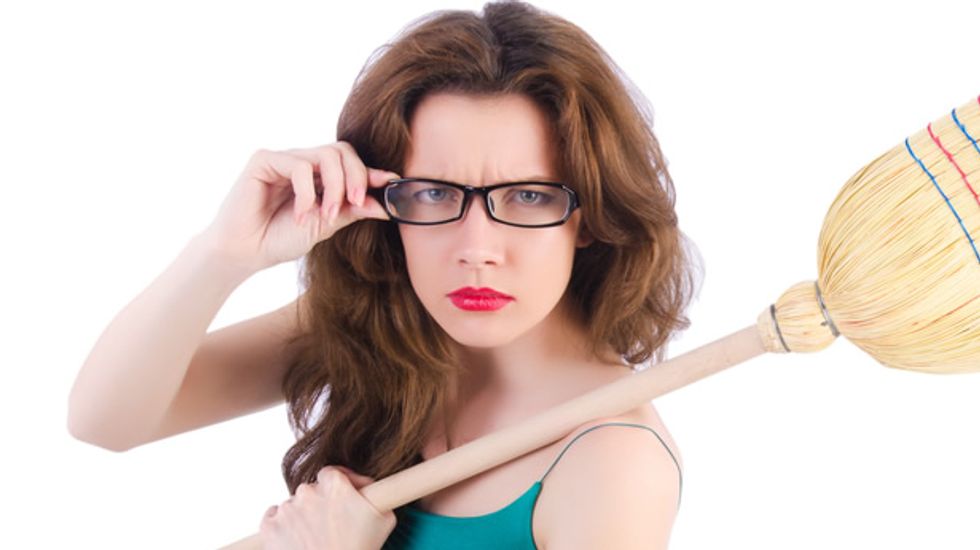 An Indianapolis school bus driver is under investigation after video of her attacking a 14-year-old girl with a broom was leaked to FOX59 News.

The video appears to show the driver, 47-year-old Charlotte McDaniel, swatting 14-year-old Autumn Bonilla across the face with a broom before wrestling her to the ground.

However, before the attack with the broomstick begins, the video also appears to show the 14-old-year Bonilla pinning the 47-year-old McDaniel to the ground, and in an interview with FOX59, Bonilla conceded that she was at fault in for the altercation.

"She told me I had to put my phone away, and I told her I wasn’t putting anything away. Then, we started cussing at each other," Bonilla said. "I completely 100 percent admit that I started it. I’m not going to sit here and lie to you. I did start it. But that [doesn’t] give a grown woman a reason to put her hands on me at all."

She said that McDaniel "hit me in the temple with the broomstick. I have a fractured bone in my nose."

However, she also noted that "you can say I started it, I got what I deserved."

Indianapolis Public Schools Superintendent Lewis Ferebee said that he wouldn't comment at length given the ongoing nature of the investigation into the incident, but that he doesn't believe that McDaniel handled the situation well.

"We are very concerned," he said, "and want to assure our community that driver or any driver that exhibits those behaviors will not be allowed to transport our students."

FOX59 contacted McDaniel for a statement, but was told that her attorney advised her not to comment. Durham School Services put her on leave pending further investigation.

Watch the video from FOX59 below.

["Young Woman With Broom On White" on Shutterstock]