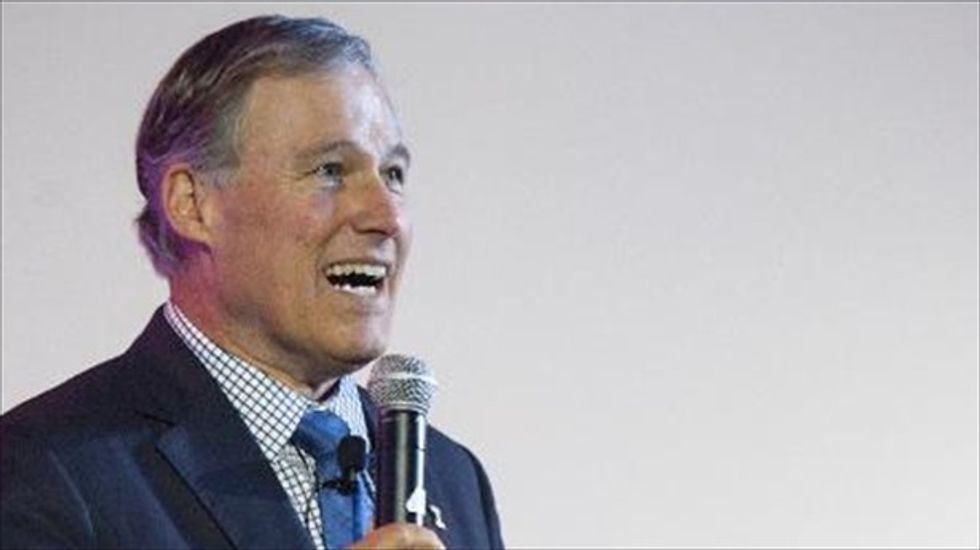 Washington Governor Jay Inslee addresses a crowd at the Museum of History and Industry on Oct. 11, 2013 in Seattle, Washington [AFP]

The governor of Washington state on Tuesday announced a moratorium on the death penalty, describing the use of capital punishment as flawed.

The Democrat chief of the Pacific northwest state, Jay Inslee, said he had taken the decision after ruling that executions in the state were being carried out "unequally."

"There are too many flaws in the system," Inslee said in a statement. "And when the ultimate decision is death there is too much at stake to accept an imperfect system."

Nine individuals are currently on death row at Washington's Walla Walla State Penitentiary, where the last execution took place in 2010.

Inslee stressed the death sentences of the nine men were not being commuted, nor were they being pardoned.

"I don't question their guilt or the gravity of their crimes. They get no mercy from me," he said.

"This action does not commute their sentences or issue any pardons to any offender. But I do not believe their horrific offenses over-ride the problems that exist in our capital punishment system."

Effectively Inslee's decision means if a death penalty comes to his desk, he will issue a reprieve.

A statement said the moratorium decision was taken after "months of careful review" which had left Inslee convinced the death penalty was being used unevenly.

"I'm not convinced equal justice is being served," he said. "The use of the death penalty in this state is unequally applied, sometimes dependent on the budget of the county where the crime occurred."

Since Washington's existing death penalty laws were put in place in 1981, 18 of the 32 people sentenced to death have had their sentences commuted to life in prison while one was set free.

A total of 18 US states and the nation's capital Washington, in the District of Columbia, have abolished the death penalty while seven others have declared a moratorium.

"With my action today I expect Washington state will join a growing national conversation about capital punishment," Inslee said.