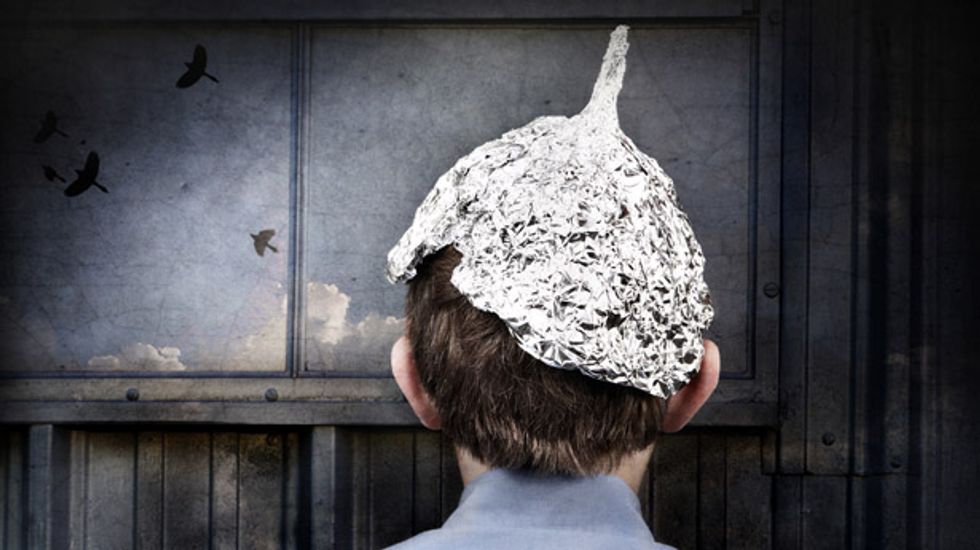 In a video that appears to have been taken with a student's cell phone, a Grosse Pointe substitute teacher explains that 9/11 was an inside job involving brainwashing by "MKUltra", most wars are started with 'false flag' operations, and that the  Jonestown Massacre was most likely a CIA experiment in brain-washing.

The teacher in the unsourced video posted to YouTube, is identified as Jason Glicker,  and was filmed as he spoke to a classroom at Grosse Pointe North High School in Grosse Pointe, Michigan.

In the video , Glicker explains that the Pakistani intelligence service, the ISI is "funded indirectly by the CIA, so, whether they knew it or not, they were funding the terrorists."

He then explains that 9/11's Mohamed Atta couldn't have been a Muslim extremist because he had been living in the U.S. for years and, "He had an American girlfriend. He was supposedly addicted to cocaine.”

He then notes that the 9/11 hijackers were "just paid thugs" and that they had probably been "brainwashed by MKUltra".

MkUltra was a secret CIA program begun back in the 50's now known for experimenting with biological and chemical agents on American citizens without their knowledge.

Glicker also suggests that 1978 Jonestown massacre was likely an "off-shoot of the MKUltra program" where the plan was, "Oh, let's see if we can get everyone in the village to kill themselves."

Further topics discussed include Operation Gladio, how President Franklin Roosevelt let Pearl Harbor happen to allow America to enter World War II, and the Iran-Contra scandal where American generals during the Reagan administration traded guns to South American cartels for cocaine which they , in turn,  sold in America.

[Boy in a tin foil hat via Shutterstock]