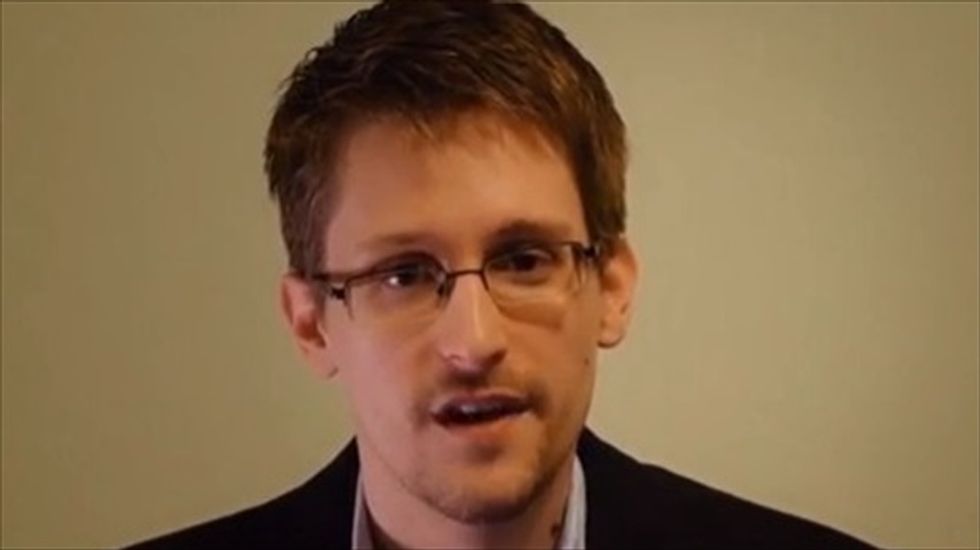 Former U.S. security contractor Edward Snowden on Wednesday spoke out about the use of state secrecy privileges as he presented an Oxford University award to fellow intelligence leaker Chelsea Manning.

Snowden, who is in hiding in Russia, presented the prestigious British university's Sam Adams awards for integrity and intelligence to the jailed former U.S. Army intelligence analyst via YouTube.

Snowden recorded a four-minute message, in which he warned of the dangers of "overclassification".

He said the term described governments' use of state secrecy privileges "to withhold information from the public that's not related to national security", adding it had become a "serious problem".

"The White House told us that 95 million records have been created and classified in the year 2012, more than any year on record," he continued. "Many other western governments are on the same trajectory."

Ex-private Manning, who was prosecuted as a man called Bradley but later asked to be recognized as a woman, is serving a 35-year jail sentence for leaking hundreds of thousands of diplomatic cables to the WikiLeaks website.

Snowden argued that his leaked documents were "unambiguously necessary for public ends" and that their classification as secret threatened democracy.

"The decline of democracy begins when the domain of the government expands beyond the borders of its public's knowledge," he insisted.

"It can no longer hold the most senior members of its society to necessary account for serious wrongdoing because the evidence of that wrongdoing is itself a secret."

Snowden, who was on Tuesday elected rector of Glasgow University in Scotland, praised Manning's leaks as an "extraordinary act of public service" that carried "an unbelievable personal cost".

Watch Snowden's video address, as posted online on Wednesday, below.