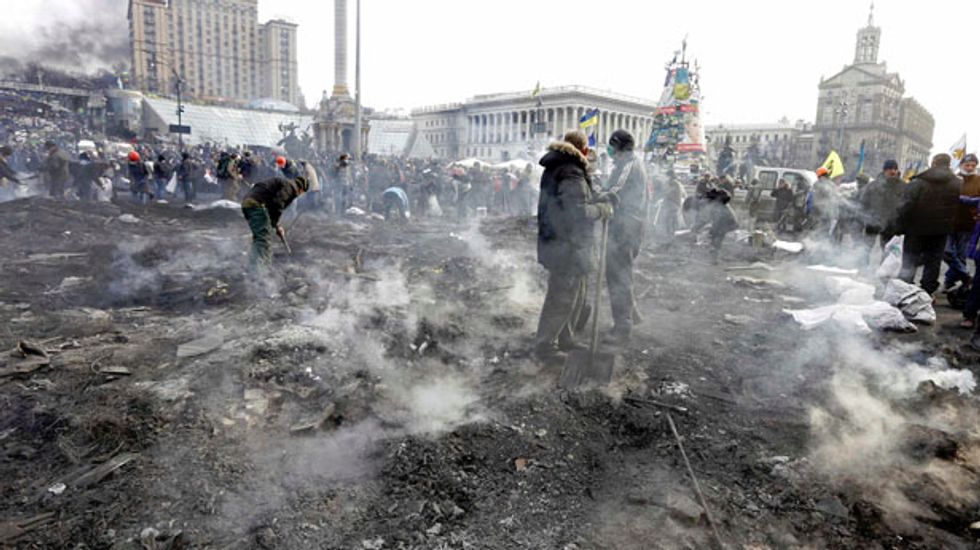 WASHINGTON (Reuters) - The White House urged Ukraine's president on Thursday to immediately withdraw security forces from downtown Kiev and respect the right of peaceful protest after a truce fell apart there and the death toll mounted.

"We are outraged by images of Ukrainian security forces firing automatic weapons on their own people," White House spokesman Jay Carney said in a statement.

The death toll from two days of clashes in Kiev has climbed past 50.

Ukrainian President Viktor Yanukovich should immediately withdraw his security forces from downtown Kiev an respect the right of peaceful protest, and "we urge protesters to express themselves peacefully," said Carney.

"We urge the Ukrainian military not to get involved in a conflict that can and should be resolved by political means," Carney said. "The use of force will not resolve the crisis. Clear steps must be taken to stop the violence and initiate meaningful dialogue that reduces tension and addresses the grievances of the Ukrainian people."

He said the United States will work with European allies to hold those responsible for violence accountable.