Woman arrested after promising Heaven for a free meal, Hell if it’s charged to her credit card 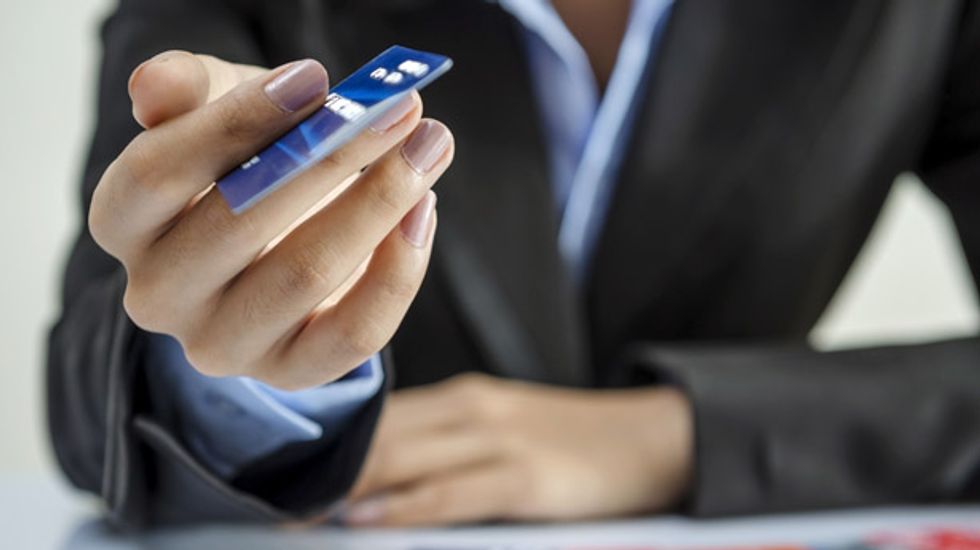 A Florida woman and her mother have been arrested for skipping out on a restaurant check after the daughter told the cashier that she would go to heaven if the meal was free, or go to hell if she insisted on charging the meal to her credit card.

According to NewsChief.com, Willie "Mother" Lewis, 78, and her daughter Ruthena Lewis, 44, ate breakfast at the A&G Restaurant in Winter Haven, Florida, with the bill coming to $18.46

After finishing, Ruthena Lewis took  her mother out to the car and then returned to the restaurant to pay her bill. Lewis presented A&G  cashier  Crystal Henson with her credit card which was subsequently declined. According to the restaurant staff, Lewis held the cancel button down as the Henson attempted to process the charge.

Lewis then handed the cashier a business card with the name of her church pastor , Bishop Joseph Lewis of the Church of God the Bible Way, on it, saying to call him and he would pay the bill. Lewis is not related to the two women.

Ruthena Lewis then left the restaurant, got into her car with her mother and drove off, however a restaurant employee got her license number and turned it over to Winter Haven police, who arrested the pair soon after.

The mother, Willie Lewis, who was in the car and couldn't see what had transpired, had $80 cash in her purse at the time of her arrest.

Following the arrest Bishop Joseph Lewis went to the  restaurant and  paid the women's bill, getting assurances from owner  George Paragios that he would ask police to drop charges against the women.

According to police reports, officers arrived at the restaurant to have Paragios sign a waiver of prosecution and Paragios declined.

"He advised that he wanted to continue with the charges, and refused to sign the waiver," the report says.

Since that time, members of the Church of God the Bible Way have been picketing A&G Restaurant urging customers to stay away.

Willie Lewis and Ruthena Lewis' next court date is March 4, said Brian Haas, State Attorney's Office spokesman, although the case may be resolved before that.