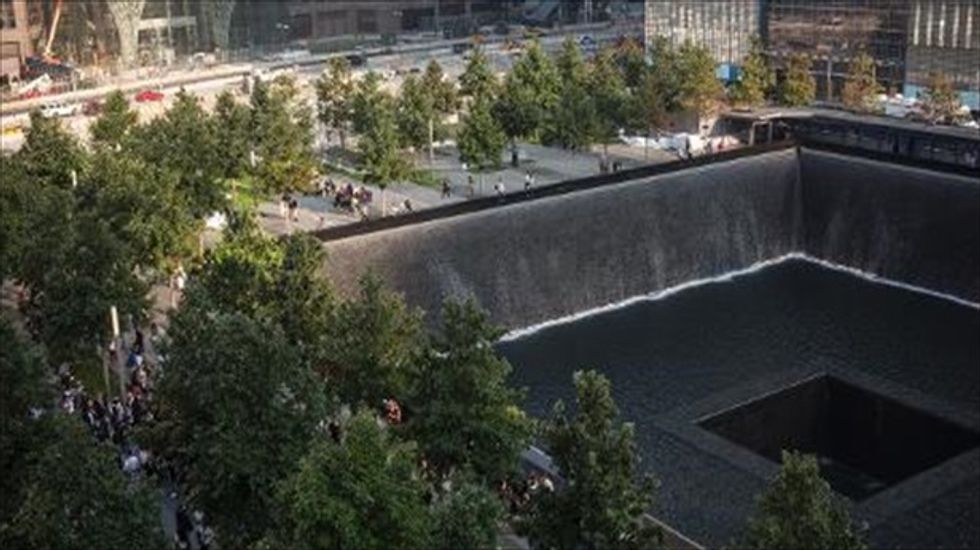 People gather around the North Tower pool during memorial ceremonies for the twelfth anniversary of the terrorist attacks at the World Trade Center site on Sept. 11, 2013 in New York City [AFP]

A museum commemorating the September 11, 2001 attacks will open on the former site of the World Trade Center in May, it was announced on Monday.

The museum, based where the Twin Towers used to stand near a permanent memorial which opened in 2011, will comprise two exhibitions, the foundation in charge of the project said.

The first exhibition -- "In Memoriam" -- pays tribute to the 2,977 people who lost their lives in the 9/11 attacks, in addition to the six victims of a previous bombing of the World Trade Center in 1993.

The second exhibit -- "Historica" -- takes a more in-depth look at the events of September 11, including an analysis of the background to the attacks and a look at how the after-effects are still being felt today.

Artifacts on display include personal belongings of those who died, pieces of the destroyed buildings, photos, audio and video footage as well as first person testimonials.

The museum will be open to the public from May 21, after five days of tributes to families of victims and rescuers from May 15-20.

"The 9/11 Memorial Museum is for all of us. It is for those of us who witnessed the events, either with our own eyes or on TV, and are still struggling to make sense of it," New York Mayor Bill de Blasio said in a statement.

"It is for future generations who will first encounter 9/11 as history, but who must come to understand it as something real and terrible, something that must never happen again," de Blasio added.

Nearly 3,000 people died on 9/11 when Al-Qaeda suicide attackers hijacked four commercial passenger jets. Three slamed into the World Trade Center and the Pentagon while the fourth crashed in a field in Pennsylvania.

The new World Trade Center is currently under construction, and will comprise five skyscrapers, as well as the 9/11 museum and memorial.

The first tower of the complex -- Four World Trade Center -- was inaugurated in November. The centerpiece of the site, the 541-meter high One world Trade Center, is due to open in 2015.