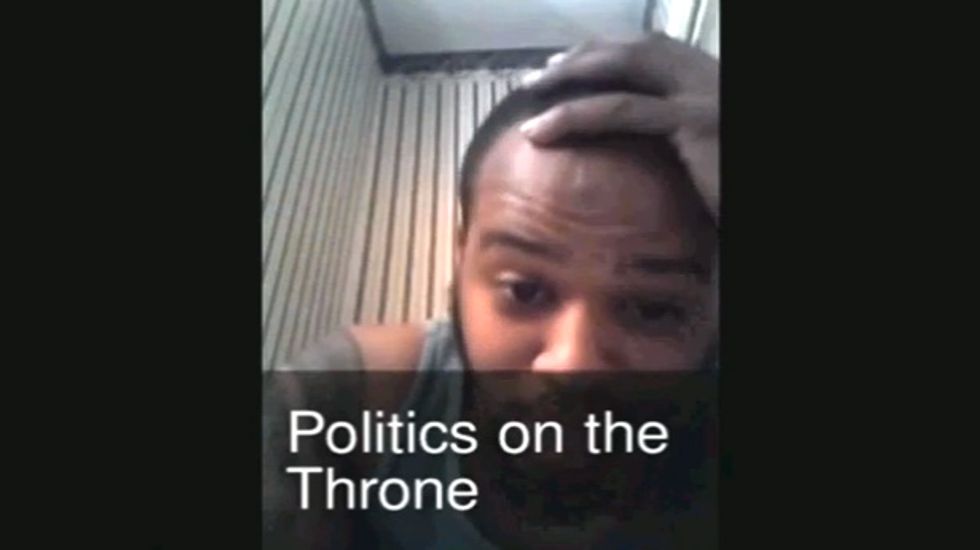 A Democratic candidate running for Alabama's 2nd congressional district has removed multiple online videos of himself, filmed while sitting on the toilet, discussing his political views, according to MailOnline.

Prior to running for Congress, Erick Wright, of Demopolis, Alabama,  had posted a series of videos, called 'Politics on the Throne', on YouTube where he is seen describing abortion as a "God-given right" as well as disparaging Fox News, Ted Nugent, and the Tea Party movement while seated of his toilet.

In the videos, Wright complains that state and local government place far greater restrictions on people's lives than the federal

'The way you wear your pants — people are getting fined $100, $200 and even getting jail time just by the way they wear their pants,"he explains. "What’s next, are you going to tell a gay person they can’t be gay? Or are you going to tell a person who dresses in drag that that’s not appropriate and you’re going to fine them too? Like, when will enough be enough?"

Turning to abortion, Wright states: "If you want to have an abortion, what kind of intrusive things do you have to go through just to get an abortion knowing that it’s your God-given right to do so as an American?"

On his campaign website, Wright describes himself as "an athlete, graduate, insurance guru, entrepreneur, community support and service member; but I am also a father, son, activist with a voice currently striving to better society."

Wright is challenging incumbent Republican Martha Roby who won the seat in 2012 with 64 percent of the vote.

You can watch one of Wright's Politics on the Throne videos below: