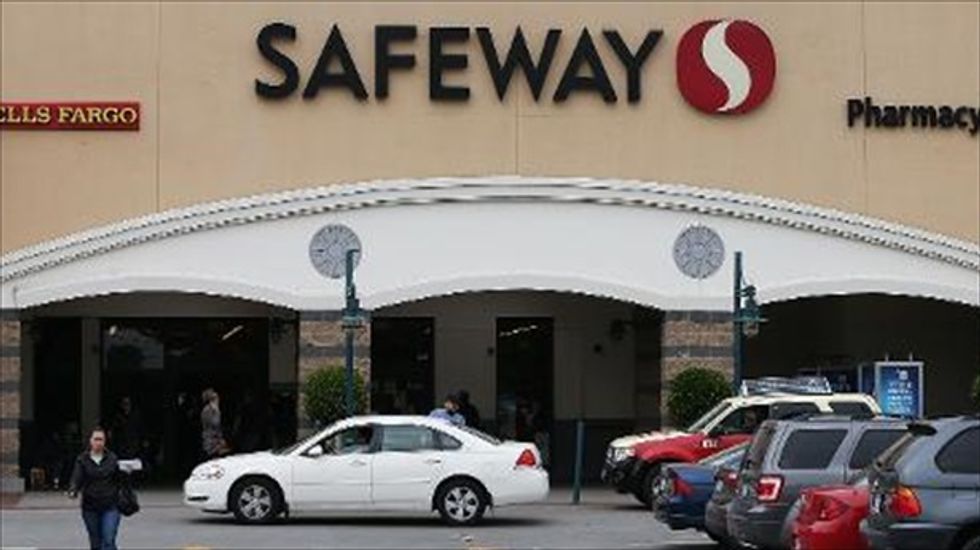 U.S. supermarket chains Safeway and Albertsons Thursday agreed to merge in a $9.1 billion deal that will create a giant with more than 2,400 stores and 250,000 employees.

Under the deal, Albertsons owner Cerberus agreed to pay $40 a share for Safeway. The two companies said the scale of the combined operation would enable them to cut costs and offer competitive prices to consumers.

The vast network of retail assets, distribution centers and manufacturing sites "will allow for a broader assortment of products, a more efficient distribution and supply chain, enhanced fresh and perishable offerings" and other benefits, said a joint statement.

Albertsons chief executive Bob Miller said that the heft of the combined company would improve its bargaining position with suppliers.

The merger is expected to close in the fourth quarter of 2014, pending shareholder and regulatory approvals.

In reaching the deal, Cerberus fended off a bid for Safeway from supermarket chain Kroger, the Wall Street Journal reported. However, Kroger may still mount a bid for Safeway, the newspaper said.

Thursday's deal includes a "go-shop" period under which other bidders are permitted to make counter offers for 21 days; the period can be extended by 15 days.

Safeway in February announced that it was in discussions over a possible sale of the company, but that no deal was certain.

A February analysis by Deutsche Bank of two "potential ugly ducking" suitors for Safeway concluded that antitrust concerns were "significantly" greater in a Kroger-Safeway deal than a Cerberus-Safeway tie-up.

The Cerberus-Safeway combination would "create a powerful new coast-to-coast grocer that would rival Kroger in some respects," Deutsche Bank said in the report.

A mega merger like Safeway-Albertsons or Safeway-Kroger would have garnered far tougher scrutiny from antitrust regulators 10 or 15 years ago, Deutsche Bank said.

But the advent of discounters, warehouse clubs and natural foods grocers has altered the competitive landscape in food retailing.

"As a result, conventional grocers will likely have to consolidate to better position themselves to compete in this dynamic marketplace," Deutsche Bank said.