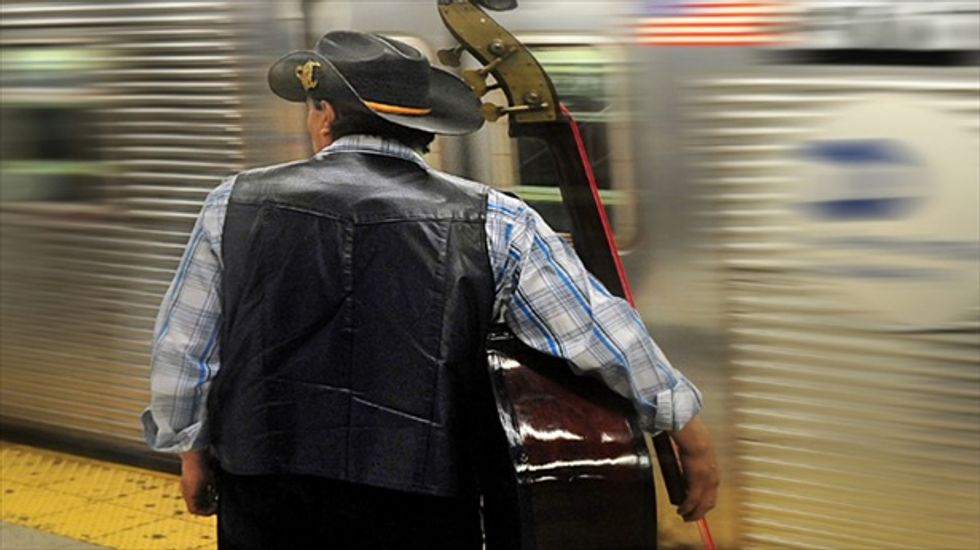 Whenever I’m forced to drive my car instead of hopping on the D.C. Metro system, I’m reminded of the great ad campaign telling commuters “you are not stuck in traffic, you are traffic.” Apparently, I’m not the only one feeling like public…

[Image: "American Cowboy Carry His Cello Waiting For The Next Subway On Oct 20 2009"by ChameleonsEye via Shutterstock.com]