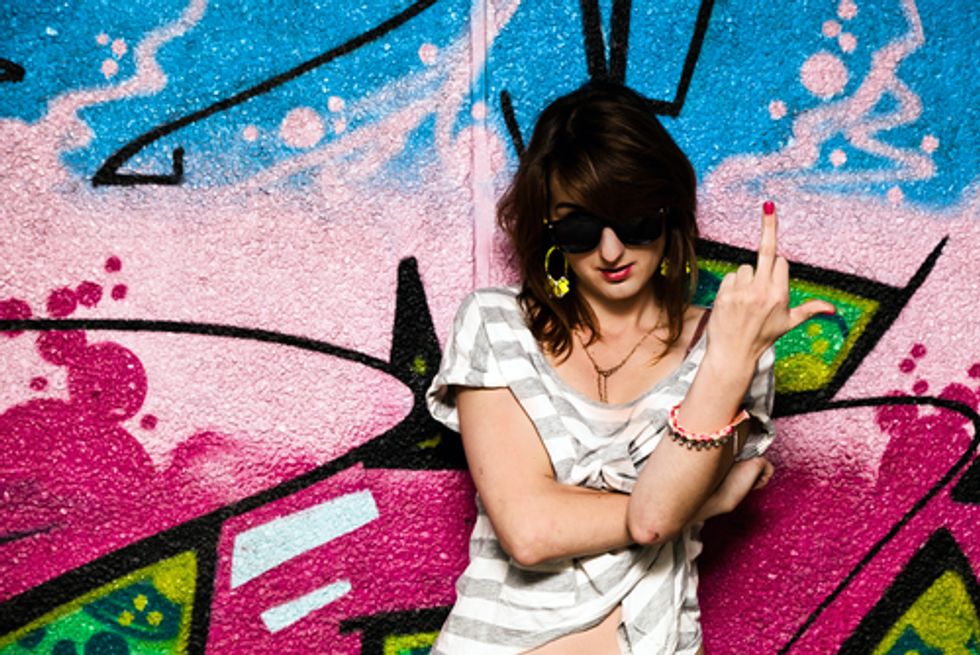 Last week, I wrote a post about abortion where I explained that, personally speaking, I don't want to have children and, because of this, I would have an abortion if my contraception failed and I got pregnant. By and large, the reception was positive, because, it appears, people are sick and tired of dancing around the topic of women's self-determination. You shouldn't have to cater to a sexist society's ideas of what women "should" be like in order to justify using contraception and even abortion. Yes, most women who use these services adhere more closely to traditional gender roles than I do and want to get married and have children. Many to most already have done these things, in fact. But the point is that women should be free to be themselves, and compulsory child-bearing to force women to adhere to traditional gender roles is just wrong.

But here's what amuses me: The official line of anti-choicers is that they're not interested in enforcing traditional gender roles, but that their interest in banning abortion is about "life". (How that explains their hostility to contraception, however, is something they dodge and dodge and refuse to explain.) I think that argument is in bad faith, of course. But let's imagine, for a moment, that the "life" argument is made in good faith. If so, then my declaration of non-interest in having a baby should be utterly and completely irrelevant to you. It's already established that I'm pro-choice and that I don't think that an embryo is the same thing as a conscious being like a baby. That would be, if you were just interested in "life", all you need to know. If you are utterly and completely disinterested in enforcing traditional gender roles, then your reaction to my elaboration should be, "So what? It's not like the why of abortion matters, and we already know she thinks that abortion is not killing a person."

Well, some right winger tweeted out my piece, and so I got slammed, naturally on Twitter, even though, from the "life" perspective, there was no new information and therefore the only reason to get agitated is because I don't want children. And, of course, there was all sorts of gender policing in the tweets, from people trying to "diagnose" me and doing the "pray for you" bit (because they believe that it's impossible for a normal, healthy woman to not want children) to people trotting out tired misogynist stereotypes to people threatening me with the usual threats---loneliness, misery---aimed at women who reject strict gender roles. I collected them for you!

The abortion debate isn't about "life". It's about policing women and trying to punish them for rejecting conformist gender roles. Q.E.D.

Time for some Beyoncé, I say.

Sing along with me folks: "I'm a grown woman, I can do whatever I want."