In a generally hilarious round-up of the attempts by self-appointed "men's rights activists" to make compelling graphics---and their inevitable failures---David Futrelle of Man Boobz found one that I hope will life for the ages. 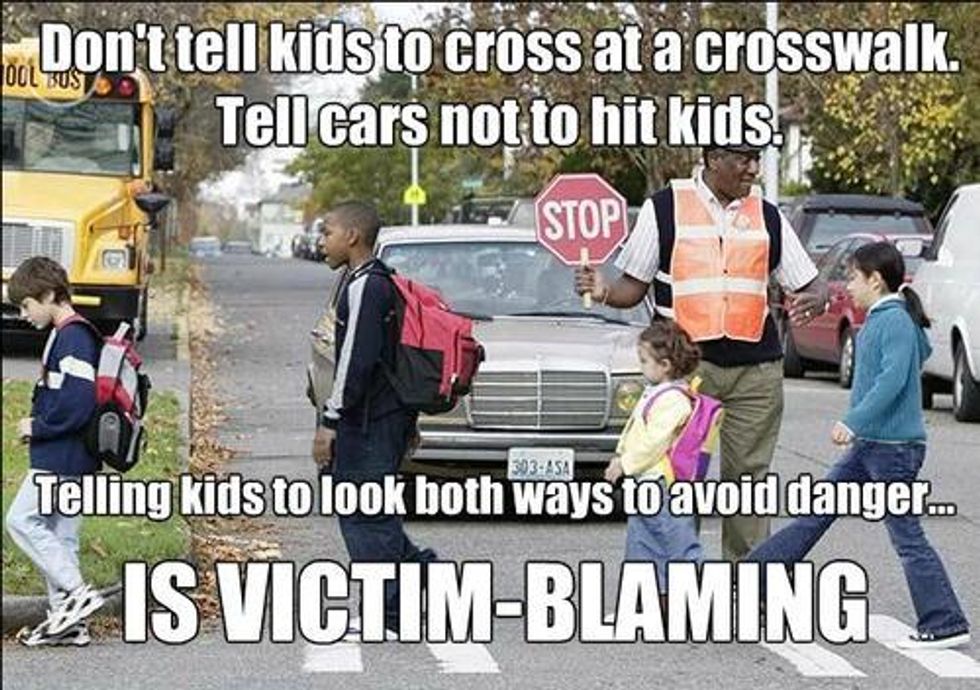 I will add to this that as most men do not rape because they don't want to, most people don't plow through crowds of people with their cars because they straight up do not want to. However, mindful as we are that there are always sociopaths and sadists out there, we have passed a bunch of laws that say that plowing your car through a crowd of kids is murder and we punish that behavior quite severely. Knowing that they face lengthy prison sentences if they plow through a bunch of kids crossing the street is remarkably good at keeping the occasional sociopath who wants to see what it would look like to have kids bouncing off his bumper from indulging that urge. Perhaps there is a lesson to be learned there about what it would take to convince rapists not to rape.