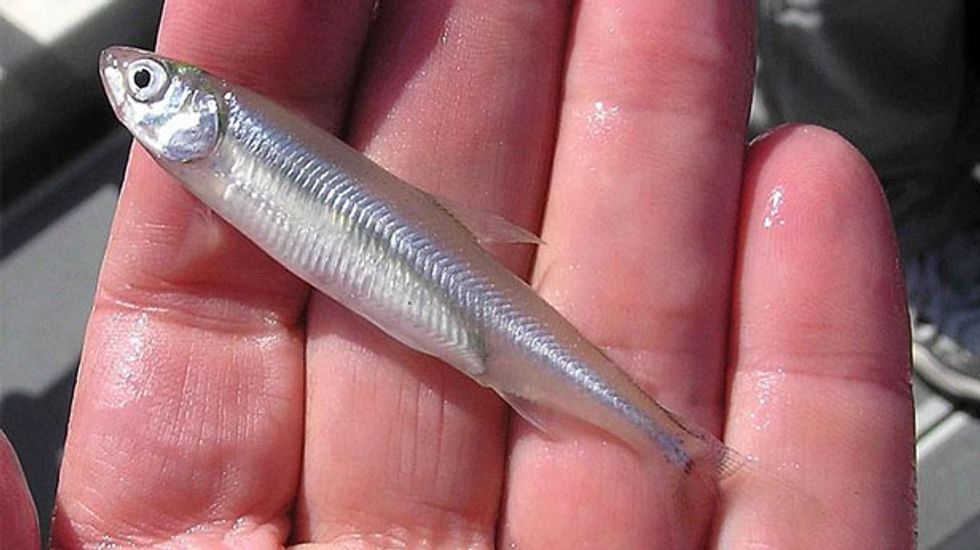 SAN FRANCISCO (Reuters) - As California faces a historic drought, a U.S. appeals court on Thursday sided with federal wildlife regulators who had recommended that the state reduce exports of water from north to south California in order to protect a finger-sized fish, the threatened Delta smelt.

The 9th U.S. Circuit Court of Appeals ruled against growers and California water districts in the case and said a lower court had erred in describing the regulators' determination as arbitrary and capricious.

Reaction from growers was swift. In a blog post, Damien Schiff, an attorney for growers, said the ruling "is terribly disappointing and bodes ill for farmers, farm laborers and millions of other Californians dependent on a reliable water supply."

Efforts to save the Delta smelt, which lives only in the wetlands stretching north of San Francisco, have become the most visible battle over water in drought-hit California, pitting environmentalists against farmers who say that humans' interests are being put second to a small fish.

At issue is a 2008 report by the U.S. Fish and Wildlife Service, which concluded that the fish's existence was threatened and recommended limited exports of water to farmers and southern California. Farmers and allies sued, and a lower court called the federal biological opinion "arbitrary and capricious."

However, in its opinion on Thursday, the 9th Circuit ruled that the lower court should have been more deferential to the Fish and Wildlife Service.

"We recognize the enormous practical implications of this decision," 9th Circuit Judge Jay Bybee wrote. "But the consequences were prescribed when Congress determined that 'these species of fish, wildlife, and plants are of esthetic, ecological, educational, historical, recreational, and scientific value to the Nation and its people.'"