BASE jumper dies after leap at Zion National Park in Utah 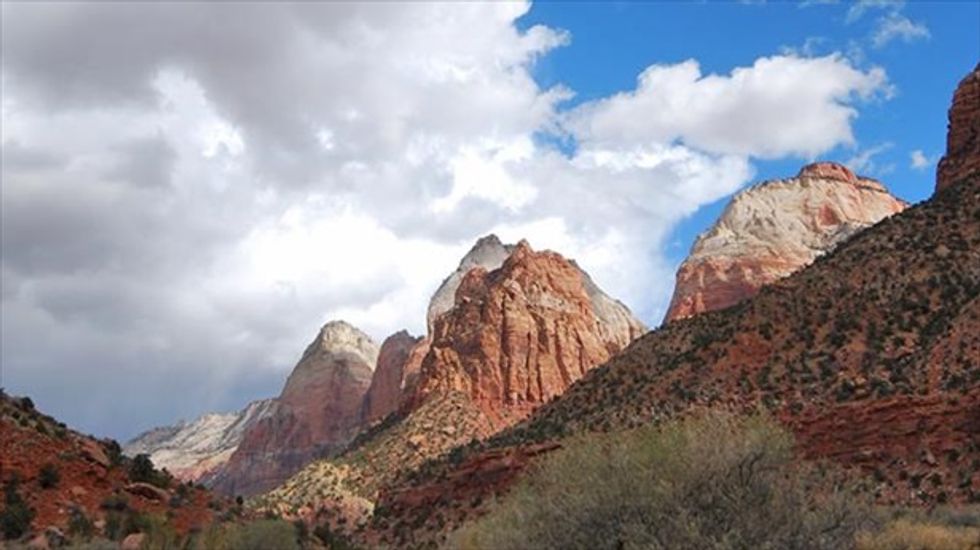 SALT LAKE CITY (Reuters) - A BASE jumper has died after leaping from a peak in Utah's Zion National Park, known for its sandstone cliffs and narrow canyons, in the second such death there in less than two months, the U.S. National Park Service said on Monday.

The body, which was spotted by a helicopter crew, was in steep, difficult terrain where canyon crosswinds restrict the use of aircraft, the park service said. It could take several days to retrieve it, they said.

Park officials were alerted on Sunday that a BASE jumper was overdue, and were working on Monday to retrieve the body near West Temple, a peak at the southern end of the park, according to a statement from the park service.

BASE jumping is an extreme sport that involves leaping from a fixed point - a building, bridge or natural feature - using a parachute. The sport is illegal in Zion National Park, which draws about 3 million visitors annually.

Last month, a 28-year-old Salt Lake City newlywed, Amber Bellows, died after attempting a jump from Zion's Mount Kinesava. The woman's husband told authorities her parachute failed to open and she fell about 2,000 feet. Her death was the park's first BASE jumping fatality, park officials have said.

Also in Utah on Friday, a 35-year-old Moab man died in a BASE jumping accident after attempting a jump from a cliff west of that city in southeastern Utah, Grand County authorities said.