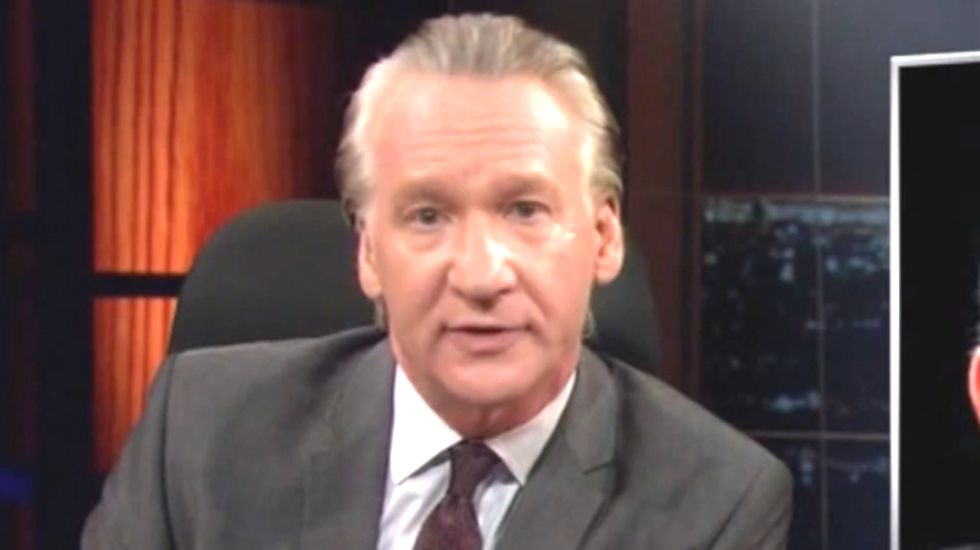 Friday night, on his HBO show, Bill Maher told Democrats that if they could learn to win the word game, they could win more on the issues.

He began the segment by telling Democrats that they need to stop talking about what a bloodbath the midterm elections in November will be.

"There's actually a glimmer of hope," he said, "and it has to do with suicide."

For years, he said, Democrats lost on the question of assisted suicide. No one wanted to support it. Not until they changed the name to "aid in dying."

"And its approval shot up 20 points and it's now legal in five states," he said. "That's the power of language."

That success, he said, and the successful rebranding of "gay marriage" as "marriage equality" should show Democrats that they, too, can manipulate words and ideas in a way that the public will respond to.

Republicans have been doing it for years, he said, by way of their "word guru," Frank Luntz. You take an idea and figure out how to sell it to so-called "low information voters."

"In other words," said Maher, "Americans."

Once Republicans decide on their magic words, he said, "Every single Republican, from the presidential contenders on down to the feces-throwers on hate radio all chant it like Rain Man over and over until it's beaten into our skulls."

If Democrats can learn to win the word game, he said, they'll start winning the issues.

For example, instead of abortion," we can say "natal do-over."

"Solar power," he said, has always sounded "way too gay for rednecks. Instead, say 'Invade the sun and take its oil.'"