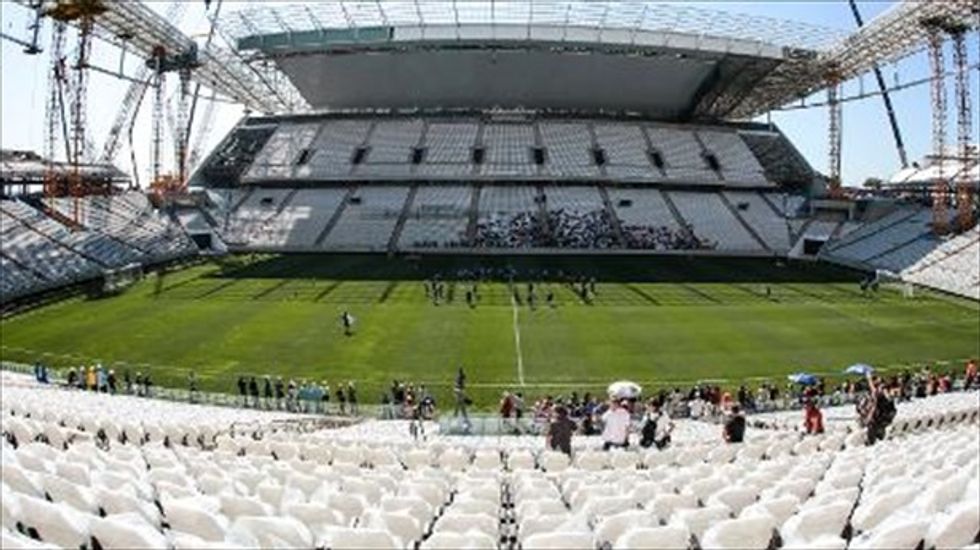 The cost of Brazil's World Cup is edging ever higher, amid new estimates indicating Rio and Sao Paulo authorities must find more cash for temporary installations.

Such installations include sponsor and media areas, but Globo daily reported Thursday the figure was an estimate based on last year's Confederations Cup and that the final extra spend would be nearer 50 million reais.

Who pays for such installations has been a thorny issue in the run-up to the tournament starting in Sao Paulo on June 12.

The owners of the Beira Rio stadium, Porto Alegre side Internacional, said they could not afford the cash and said it should not have to pay for structures which will be taken down after the event, bringing the club no long term benefit.

The issue has also caused ructions in Sao Paulo, which will host the opening game of the Cup between Brazil and Croatia, with temporary facilities such as VIP and commercial spaces set to cost around 60 million reais.

UEFA chairman and World Cup organizing committee member Michel Platini noted on Tuesday in Zurich that "nobody wants to pay" for the additional structures.

The estimated $11 billion cost of hosting the event has sparked public anger in recent months with many Brazilians complaining the cash would have been better spent on upgrading poor quality public services.

A further headache for Brazil is where some of its clubs will play league matches after the stadiums are handed over to FIFA in May ahead of the World Cup.

The Brazilian league season is due to break from June 1, in time for the World Cup, before resuming two days after the July 13 final.