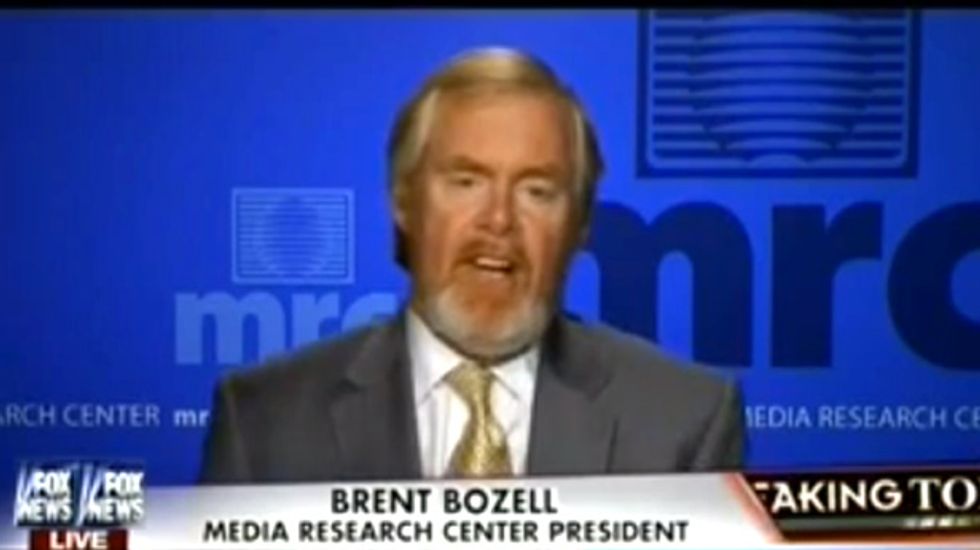 Appearing on "The Kelly Files" on Fox News, Media Research Center figurehead Brent Bozell told Megyn Kelly that he feels that the IRS 'scandal' is "bigger than Watergate" and, comparatively, Iran-Contra was "piddly stuff."

Bozell added, "I do believe that this IRS scandal is bigger than Watergate. …It’s becoming more and more apparent that there were serious crimes committed. The only question is how far up the ladder does this one reach?"

After Kelly pointed out that the argument between Issa and Cummings was a "TV moment", she added that the media wasn't interested in covering the IRS 'scandal'.

Bozell compared what he feels to be the of lack media coverage of Lois Lerner to the Iran-Contra hearings of the late eighties when Congress investigated senior government officials for illegally selling weapons to Iran in order to fund anti-government rebels in Nicaragua.

"I thought back in 1988, 1987 and 88, with Iran-Contra – if you recall, that – which is, which is piddly stuff compared to this, day in and day out, live coverage… all day coverage to find out what Iran-Contra was all about, what Ollie North had done," Bozell said. "So now you have this story, this woman comes to testify, she doesn’t even make the news."

Watch the video from Media Matters for America below: