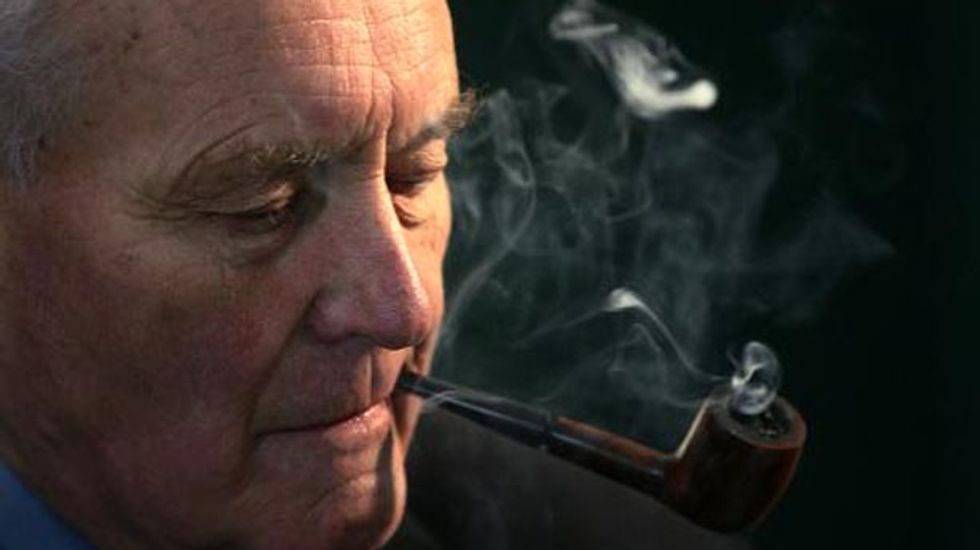 Tony Benn, the totem of the British left who spearheaded the movement against the Iraq war, died Friday at the age of 88, his family said.

A Labour cabinet minister in the 1960s and 1970s, Benn was a widely respected orator who clashed with his party's leadership over its drift away from the radical socialism he espoused.

Benn also forced a change in the law allowing hereditary members of parliament's upper House of Lords to renounce their titles, after he was disqualified from his seat in the elected lower House of Commons upon inheriting his father's Viscount Stansgate title in 1960.

He died at his west London home surrounded by his family, his four children said in a statement.

"We are comforted by the memory of his long, full and inspiring life and so proud of his devotion to helping others as he sought to change the world for the better," they said.

In one of his final interviews, given a few weeks ago to BBC radio, Benn said: "I think it has been a very satisfying life.

"I made every mistake in the book but making mistakes is how you learn.

"But as long as you say what you believe and believe what you say, that's the test of authenticity."

The well-spoken politician was typically pictured puffing on his pipe and drinking from a huge mug of tea.

Prime Minister David Cameron said Benn was a magnificent writer, speaker and campaigner, with a strong record of public and political service.

The Conservative leader said: "There was never a dull moment listening to him, even when you disagreed with everything he said."

Labour leader Ed Miliband, who at 16 got an early taste of politics doing work experience with Benn, paid tribute to an "iconic figure of our age".

"He will be remembered as a champion of the powerless, a great parliamentarian and a conviction politician," he said.

"I saw him for the last time a couple of weeks ago in hospital. He may have been ailing in body but was as sharp as ever in mind. As I left he said to me: 'Well, old son -- let's have a proper talk when you have more time'."

Born into a political dynasty in 1925, both Anthony Wedgwood Benn's grandfathers were Liberal MPs, as was his father before switching to Labour.

He was a first cousin once removed of the Oscar-winning actress Margaret Rutherford.

His father served as Britain's India secretary -- allowing the young Tony Benn to meet Mahatma Gandhi in 1931 -- and was later given a hereditary seat in the Lords.

Educated at Oxford University, Benn served as a pilot in southern Africa during World War II.

First elected in 1950, he spent more than half a century in parliament, serving in cabinets under Labour prime ministers Harold Wilson and James Callaghan.

But he spent three years in the political wilderness after becoming Viscount Stansgate, before the Peerage Act 1963 allowed him to return to the Commons.

As Britain's postmaster general in the mid-1960s, he oversaw the opening of the Post Office Tower in London, then Britain's tallest building, and clashed with Queen Elizabeth II when the staunch republican suggested removing her head from stamps.

In the end, he won a minor compromise on the issue, with a smaller profile of the monarch now used on the corner of commemorative stamps.

Espousing radical left-wing views, he lost a bitterly divisive battle for the Labour deputy leadership in 1981.

He failed to win the Labour leadership in 1976, and again in 1988 when he challenged the incumbent Neil Kinnock.

Benn retired from parliament in 2001, only half-joking that he wanted to "spend more time on politics".

As president of the Stop the War Coalition, he led the anti-war movement as Britain sent troops into Afghanistan in 2001 and Iraq in 2003. He travelled to Baghdad to interview Iraqi dictator Saddam Hussein a month before US-led troops invaded.

He was a meticulous diarist, publishing his eighth and final volume last year.

His second son Hilary Benn is a Labour MP who has served as international development and environment secretary, while his grand-daughter Emily has sought election to parliament.