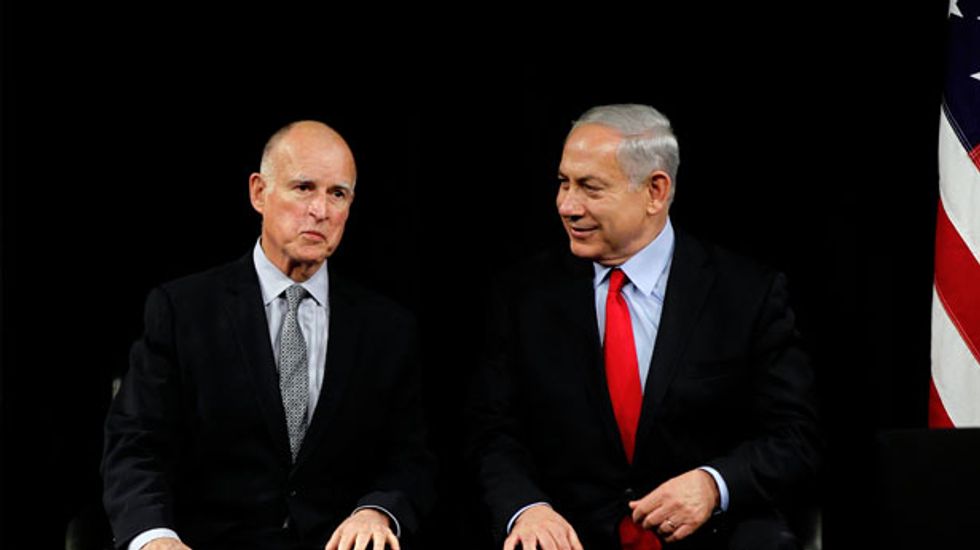 Netanyahu, on a visit to Silicon Valley, and Brown signed a memorandum of understanding for research and development cooperation in various technological fields, including water conservation.

"Israel has demonstrated how efficient a country can be, and there is a great opportunity for collaboration," Brown said.

On Saturday, Brown signed into law a $687 million drought-relief package to deal with a water shortage he has called the worst in the state's modern history.

Netanyahu, who arrived in California on Tuesday after talks in Washington the previous day with President Barack Obama, said he hoped to drum up more Silicon Valley investment in Israel.

Israeli high-tech companies raised $2.3 billion in 2013 from local and foreign investors, the highest amount in a decade and up 22 percent from 2012, according to The Israel Venture Capital (IVC) Research Center.

A teacher in in Kansas City, Missouri, has been accused of using a racial slur during a class discussion, KSHB reports.

A town hall with parents, students and alumni within the University Academy community, along with members of civil rights groups, was held at the Gregg/Klice Community Center to discuss the issue.