CDC developing anti-HIV vaginal gel for use after sex 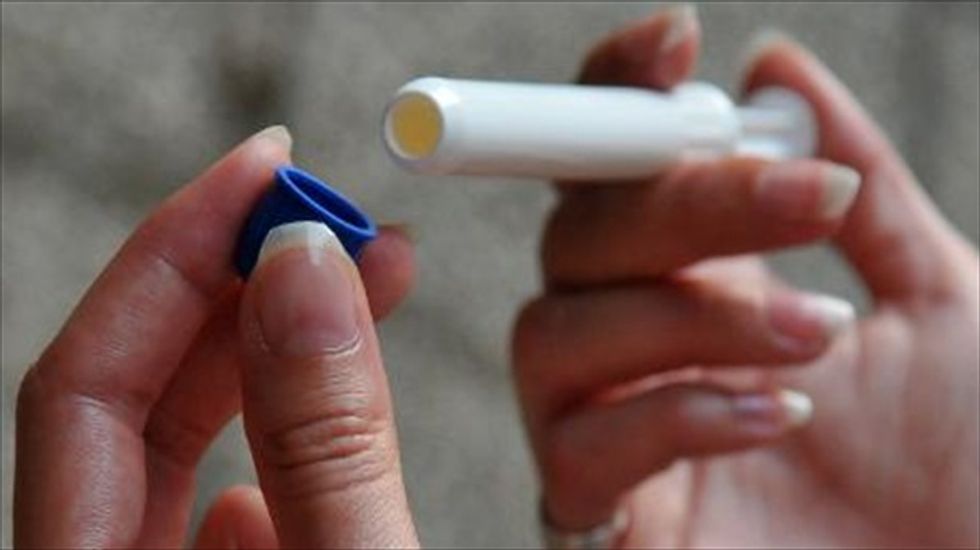 HIV protection gel for women is pictured on July 21, 2010 during the 18th International AIDS Conference in Vienna [AFP]

A first-of-its-kind vaginal gel that is designed to be applied after sex has shown promise in preventing the virus that causes AIDS in research monkeys, U.S. scientists said Wednesday.

While testing is still at a very early stage, researchers hope the gel could be a more practical and effective option than current anti-retroviral gels on the market which must be applied before sex.

The gel was developed by scientists at the U.S. Centers for Disease Control and Prevention, and contains a Merck-made drug called raltegravir which decreases the amount of HIV in the blood.

"What we did in this work was we identified an anti-HIV drug that blocks virus integration in the DNA," study co-author Walid Heneine told AFP.

"This is a prerequisite step for HIV infection, and that step takes at least six hours after infection so that provides a wide window for dosing after sex."

The gel was tested vaginally in six macaque monkeys, and was applied up to three hours after they were exposed to simian immunodeficiency virus, which is found in primates and is like HIV in humans.

The study showed the gel prevented the virus in five of six monkeys, for an 84 percent effectiveness rate, according to the report in the journal Science Translational Medicine.

Work is ongoing to develop a rectal gel, too, Heneine said.

However, the product must undergo many more trials in animals and humans before it reaches the wider market, a process that may take five to 10 years, he said.

Until now all previous microbicide gels have been designed for application before sex.