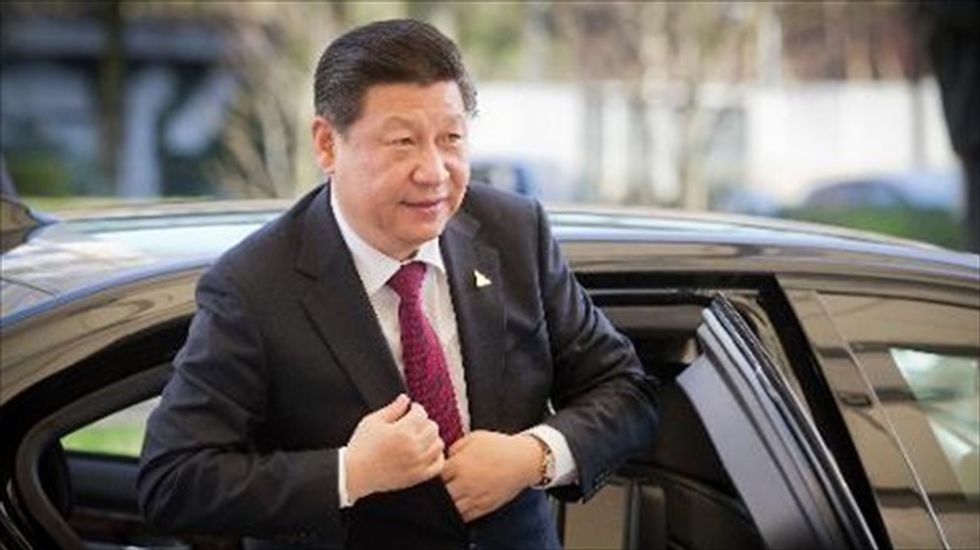 China's president Xi Jinping arrives at The World Forum in The Hague on March 24, 2014 [AFP]

"President Xi did raise that recent report in the context of their discussions on cyber-security," Ben Rhodes, Obama's deputy national security adviser, told a press briefing.

Obama "made clear" to Xi that "the United States does not engage in espionage to gain commercial advantage," Rhodes said after the two leaders met on the sidelines of a major summit on nuclear security in The Hague.

The New York Times and Germany's Der Spiegel said that the NSA had accessed Huawei's email archive, communications between top company officials, and even the secret source code of some of its products.

At an official press briefing in Beijing earlier Monday, a foreign ministry spokesman said China was "seriously concerned" about the reports, which were based on documents provided by fugitive NSA contractor Edward Snowden.

Spokesman Hong Lei told reporters that Beijing had on "many occasions" asked Washington for answers on reports of U.S. surveillance activities in countries across the globe.

"We ask America to give a clear explanation and stop such behaviour," he said.

Beijing itself has repeatedly been accused of large-scale cyber-espionage, which it vehemently denies.

The Chinese reprimand came after a top Huawei official similarly denounced the NSA.

Rhodes said that both the U.S. and China "engage in intelligence activities on matters of national security".