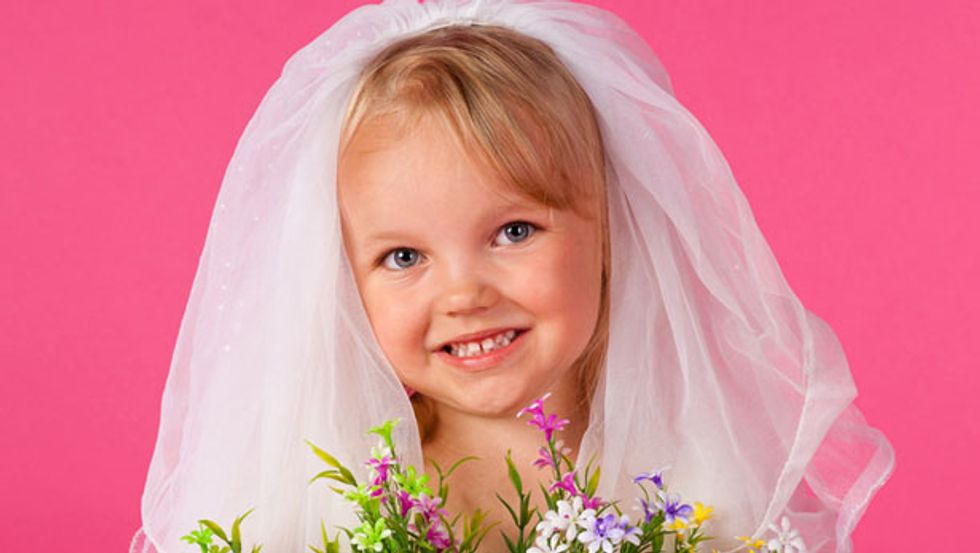 A Florida lawmaker has proposed a new bill that would make it illegal for youths under the age of 16 to marry in the state, according to the Sun-Sentinel.

Under current Florida law, minors are allowed to get married after obtaining parental permission and court approval if the couple are expecting or already have a baby.

A minor may also get married if both parents are dead or if the minor has previously been married.

"You may say, 'this does not happen nowadays,' but in 2012 we had a 13-year-old groom in the state of Florida," Stafford told the House Civil Justice Subcommittee on Tuesday.

"I have a hard time wrapping my head around that," explained Stafford after the hearing. "Here we have a 13-year-old still going through puberty, who now is a husband because, apparently, he made a baby. I just don't think that should be the policy of this state."

Under Stafford's proposal (HB 1279), which was passed by the committee unanimously, there would be no more marriages for children under the age of 16.

Florida records show 110 marriages of children 16 and younger in 2013, and 150 such marriages in 2012, said McKinley Lewis, a statistics bureau spokesman, who was unable to break down which of those were 15 and younger.

Attorney Stafford said she was motivated to pass the bill by a 1972 case out of Pinellas County, in which Sherry Johnson, now of Tallahassee, was raped at 10, pregnant and married by 11.

Johnson's mother gave consent for her daughter "to marry the 20-year-old who raped her," Stafford said.

Johnson recently wrote a book about the experience called "Forgiving the Unforgivable."

Should Stafford’s proposal become law, Florida would join Alabama, Illinois, Iowa, Michigan, Montana, Nebraska, North Dakota, Oregon, Vermont and Wisconsin in banning marriage for anyone younger than 16 under all circumstances.

[lovely bride with bouquet on Shutterstock]