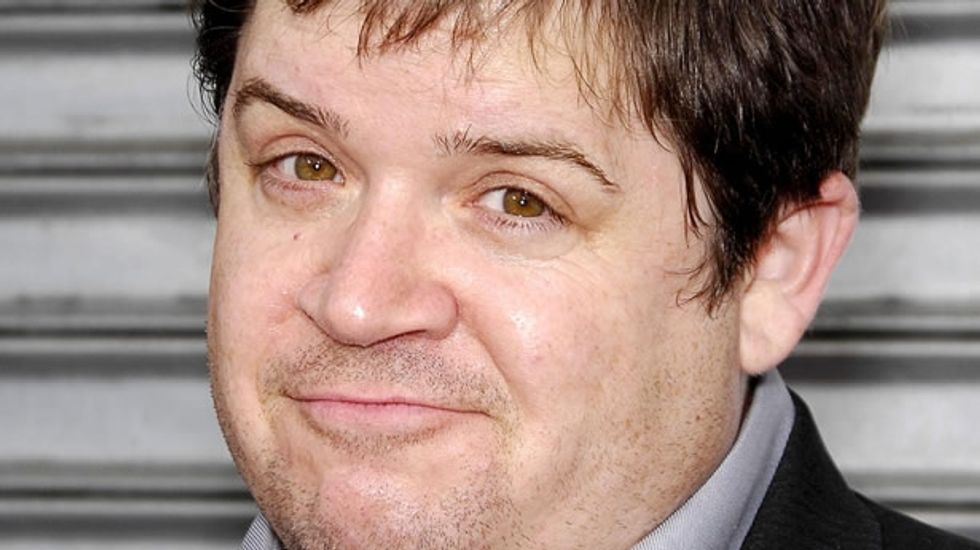 Huh. @Salon defends Colbert against PC outrage. Usually they're the ones whipping it up. The irony is killing me: http://t.co/QHraPuKLKa

When Patton made a similarly satirical remark last year -- one which was also critical of clueless Asian stereotyping -- Salon attacked him, calling him "reliably pedantic and thin-skinned."

"Oswalt’s a savvy enough comic not to need a lesson in Satire 101, but satire and irony in a joke like this are all about who is targeted," Salon's David Daley wrote at the time. The writer of today's article, Mary Beth Williams, attempted -- and failed -- to placate Oswalt:

@embeedub @Salon There's "different opinions" and then there's "willful ignorance in the service of click bait."

At this point, fellow Salon writer Alex Pareene jumped into the fray and started swinging:

.@pareene @embeedub Good one. I don't think you know how "residuals" work, or how they relate to manufactured outrage. You're adorable.

The matter escalated when facts about Pareene's past came to light:

@pattonoswalt It became extra special absurd when a guy who began his career at *Gawker* tried to jeer about you being on King of Queens.

.@pareene @embeedub Wait, is this true? You started your career at fucking GAWKER and you're giving me shit for KING OF QUEENS?!? #wheee

And began to retweet other people's sage advice:

.@pattonoswalt @embeedub If @Salon wants to be taken seriously I recommend they talk to writers like @pareene about how they engage online.

In all this back-and-forth between the subject of an article and those who wrote, it is worth noting that what Oswalt asked of Salon's writers was not a carte blanche to say whatever he wants without fear of criticism, but merely the same benefit of the doubt that Colbert received:

.@embeedub @Salon Again, wow, NO. Salon applied a standard to me that it COMPLETELY REVERSED in the case of Colbert.

Which is not to say that he did not become testy when he perceived that Williams was deliberately missing his point:

.@embeedub @Salon Criticism is fine. I fuck up all the time. I apologize all the time. Just not to people with no sense of humor.