Conservatives Have Figured Out A Disturbingly Effective Strategy: Tell Lots And Lots of Lies 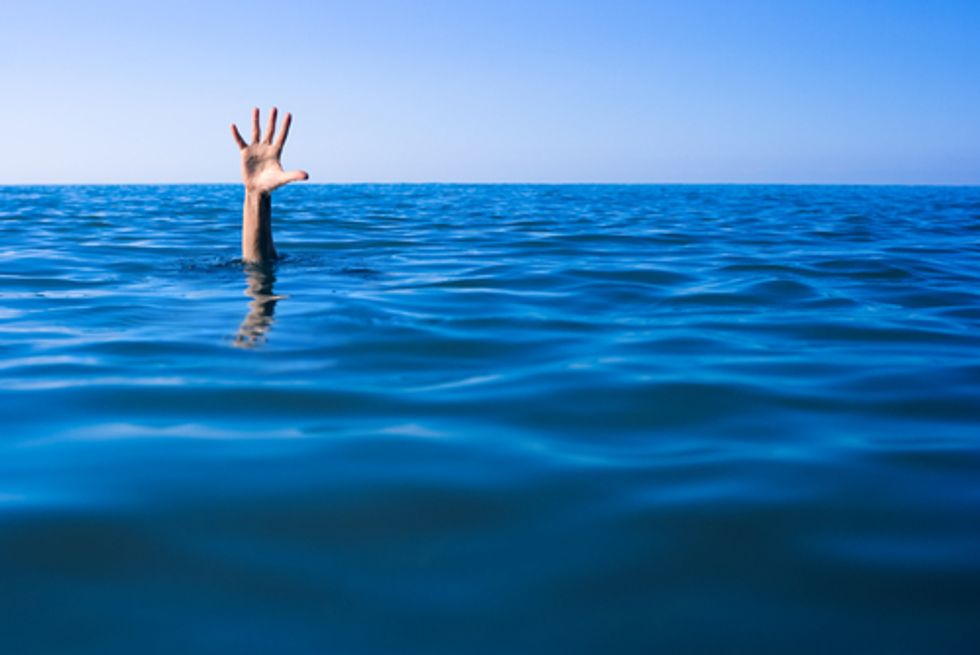 Conservatives have figured out that the way to win any debate is to drown your opponent in lies.

Updated to add: A commenter reminded me that this phenomenon was first chronicled with creationists and deemed the "Gish Gallop" by skeptics. You can read about that here.

The rollout of manufactured conservative outrage about insurance plans being required to cover contraception---something, may I remind you, most already did---has been a demonstration that the right wing noise machine has perfected the art of bullshit, after decades of honing their craft. Conservative leaders have learned they can train their followers to believe anything, with One Simple Trick: Lie faster than the debunkers can debunk. With the contraception mandate, there's been a dizzying amount of lies that have been pouring out of the right, and this is no accident. Conservative leaders have learned that if you drown your opposition in lies, they are doomed. Even if they debunk one lie, audiences who are eager to buy into the anti-contraception line will simply cling to another. If you debunk that lie, conservatives just switch to another or switch back. So discourse goes like this:

Conservative: I don't want to pay for your abortifacients!

Liberal: Look, there are two lies in there. One, you are not "paying for" my contraception. That's just how health care plans work, where everyone pays into a pool and we draw out what we need---

Conservative: But this is abortion and abortion is evil evil evil!

Liberal: The contraception mandate does not cover abortion. It covers contraception, which prevents pregnancy---

Conservative: But contraception works by killing fertilized eggs! That is abortion!

Liberal: Look, that's two lies again. One, there is no evidence that most hormonal contraception has any effect on fertilized eggs and even if it did, that is not abortion, because pregnancy begins at implantation, not fertilization.

Conservative: (COMPLETELY AND AGGRESSIVELY IGNORING THE FIRST POINT, LIKE A COMPLETE ASSHOLE) But killing fertilized eggs is abortion! I believe life begins at conception!

At this point, Liberal has to make an impossible choice. Do they confront the fact that Conservative is completely ignoring the science about how contraception works, or do they try to point out that just because you "believe" that "fertilization" is the start point of a pregnancy doesn't mean it's true? Either way, you will continue to be screwed by moving goalposts.

Option #1: Confront Conservative on lie about how contraception prevents pregnancy.

Liberal: You completely ignored the fact that "belief" is utterly irrelevant. Hormonal contraception works by suppressing ovulation. It's a myth based on a deliberately false reading of an outdated FDA label. The overwhelming evidence shows that if you don't want fertilized eggs to die, the best thing you can do is be on the pill, as it prevents fertilization in the first place.

Conservative: But there was probably some women at some point in history who had a fertilized egg die in her system after she took the pill, and that's good enough to say that my religion forbids it, and religious liberty means your boss should be able to impose his religion on you by manipulating your benefits package.

Option #2:  Confront Conservative on the "when does pregnancy begin" lie.

Liberal: Look, just because you "believe" pregnancy starts at fertilization doesn't mean that it does! Since so many fertilized eggs fail to attach, regardless of what a woman is doing, scientists pinpoint the start of pregnancy at implantation, not fertilization. Also, this fact shows that you are completely bananas to think a fertilized egg is the same thing as a baby.

Conservative: But I believe that's "killing" and my belief is enough to trump your rights!

And so on and so forth. If you correct one lie, they jump to another. It's like falling down a rabbit hole. Even if you put together a list of the lies so that they are neatly debunked in one place, it won't change any minds. Part of the problem is motivated reasoning. Motivated reasoning is when you have a predetermined conclusion, and you just look for evidence to support it. (AS opposed to calmly looking over the evidence with an open mind, and going where it takes you.) Everyone does this, so it's not like liberals should get too cocky. But motivated reasoning is a much easier to stick with when you have a handful of reasons to believe what you want to believe, instead of just one.

Not only does this strategy mean that while a liberal is debunking one lie, they're stuck letting another one stand---which is very frustrating!---but it also creates a larger no-win situation, which is how to deal with the fact that your opponent is lying altogether. Your choices are to ignore the lies or to debunk them. Either way, you lose. Letting lies stand reads as complicity and acceptance. However, there's a fuck ton of research that shows that, when people read a factual debunking of their beliefs, they actually double down and believe even harder. Being corrected, it seems, makes people petulant and more insistent on their lies.

The right has figured out, beyond a shadow of a doubt, that lying is a more effective political strategy than telling the truth. When the right first started to put out feelers to see if they could convince a substantial subset of Americans that there was something sleazy and evil about insurance coverage of contraception---something that had literally been non-controversial for decades---I had my doubts that they would be able to pull it off. And let's be clear, they didn't convince most Americans. But they convinced enough Americans that they were able to take it to the Supreme Court, where they very likely convinced five judges (who were, to be fair, already hard-baked misogynists, so didn't need much convincing).  All with one simple formula: Lie, a lot. Drown your opponents in lies. It works so well it's kind of amazing.

Armed with this knowledge, there's no telling what they're going to be able to do. It's not like liberals can fight back with lies of our own. The media tends to hold liberals to a higher standard, for one thing. More importantly, while some liberals are happy to lie, the liberal value system tends to be more pro-honesty than the conservative one, and that means most liberals are just not going to be as eager to lie with a straight face as conservatives.

‘Worst decision of his life.’ Jan. 6 defendant from California seeks leniency at sentencing

SACRAMENTO, Calif. — Tommy Frederick Allan says he knows he’s going to prison, that after scaling the walls of the U.S. Capitol on Jan. 6, 2021, on a rope, stealing an American flag and some documents from the Senate chamber and later declaring on social media that it was the “best day ever” he faces some sort of punishment. He just doesn’t think he deserves the two years in prison federal prosecutors are seeking. “What I did on January 6th was wrong,” Allan wrote in a letter to the federal judge who is scheduled to sentence him next week in Washington, D.C. “I deserve to be punished. “This ex...