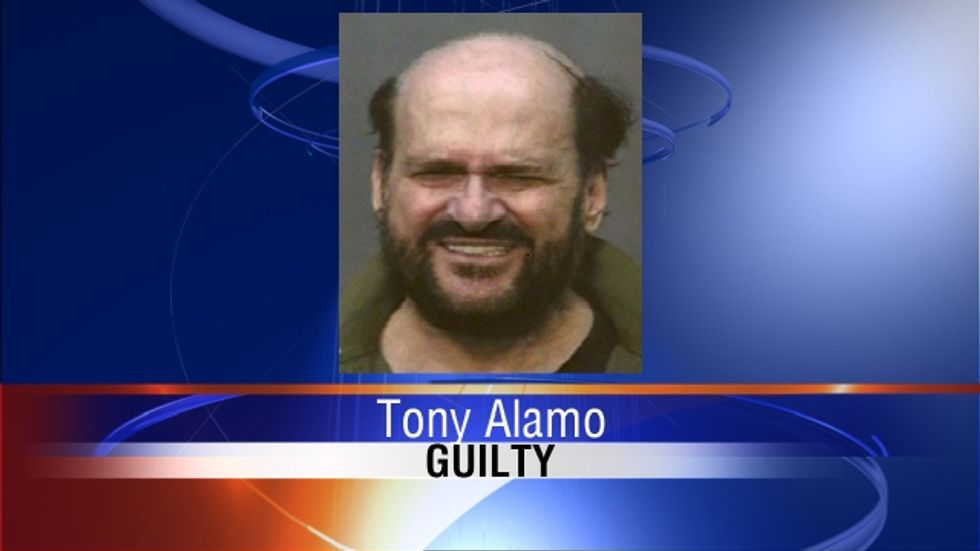 An Arkansas judge awarded $525 million this week to seven women who alleged they were sexually abused as children by former Christian ministry tycoon Tony Alamo, after the Alamo church failed to respond to a lawsuit, according to the L.A. Times.

The civil suit stems from the conviction of evangelist Tony Alamo who is currently serving a 175-year prison sentence in Tucson after having been convicted in 2009 on 10 counts of sex trafficking minors.

The lawsuit claimed negligence against the church and apartment company for not stopping Alamo, for defamation, and false imprisonment

One of the plaintiffs in the case alleged Alamo had "fondled" her when she visited him in prison and that church members "shielded" the scene from guards. According to court documents, she was awarded $30 million while the others were awarded up to $87 million each.

During the 1960s, Alamo and his wife, Susan, founded a Christian street proselytizing organization in Los Angeles.

Busing in school dropouts and drug users into their shelters where they provided meals, the Alamo's delivered anti-Catholic, anti-government religious lectures. Eventually the enterprise grew into a multimillion-dollar empire with a Christian television show and nationwide events where merchandise, made with cheap labor using their followers, was sold.

In 2009, Alamo was convicted on 10 counts of interstate transportation of minors for illegal sexual purposes, rape, sexual assault, and contributing to the delinquency of minor. Followers of Alamo testified that he had taken an eight year-old girl as one of his wives.

Alamo has said puberty signified an age of consent and that there was nothing in Bible that prohibited polygamy.

"If you can find anything in the Bible about fire and brimstone for the practice of polygamy, then I'll give you $250,000 in cash. Adultery is condemned, but not polygamy." he told John C. Williams of the Arkansas Times.

Church officials now facing having their properties taken sold in order to settle the judgement.