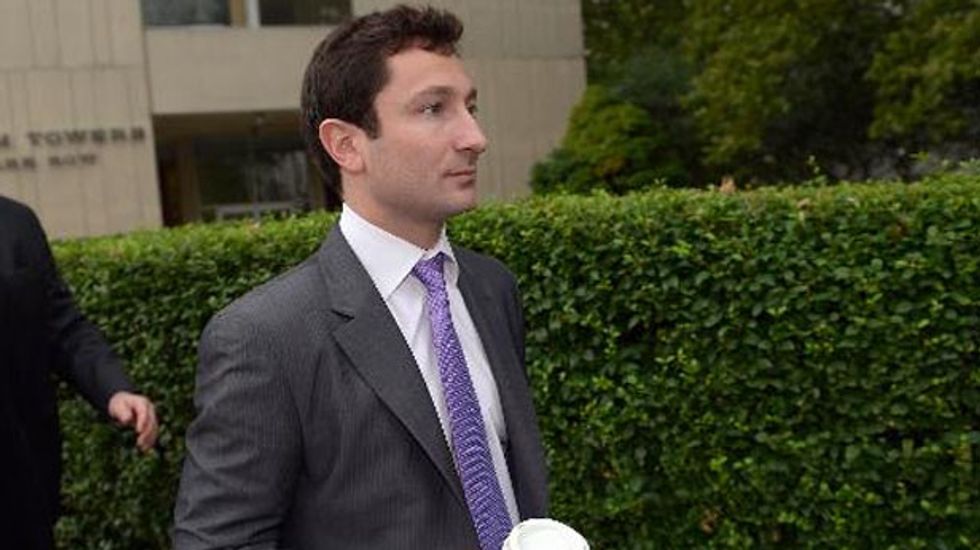 A US judge Wednesday ordered Fabrice Tourre to pay more than $825,000 after a jury found the former Goldman Sachs trader defrauded investors in selling mortgage-linked securities before the housing bust.

US District Judge Katherine Forrest said a two-week trial last summer showed that Tourre misled investors over the risk of the investments sold by Goldman in 2007.

The securities cratered after a housing bust, leaving the investors with large losses.

Forrest ordered $650,000 in civil penalties and $175,463 plus three percent in disgorgement of ill-gotten gains.

The amount was close to the $1.1 billion sought by the US Securities and Exchange Commission.

Forrest rejected arguments by his attorney to cut the fine to $65,000.

She also sided with a request by the SEC barring Goldman from reimbursing Tourre for the civil penalties, noting that the jury found Goldman a "co-violator" in the case.

But he was not barred from seeking reimbursement from other parties.

Tourre, nicknamed "Fabulous Fab," became a symbol of Wall Street excess before the financial crisis. In August, the New York jury found him liable on six of seven counts of fraud.

Tourre "authored false emails and misleading marketing materials that were distributed to potential investors," the judge wrote in a 34-page decision.

"Tourre's conduct spanned seven months, and involved many emails, meetings, and calls. He has shown no remorse or contrition."

The judge rejected a request by the government to ban him from the securities business in the future.

Forrest said the injunction was unnecessary as he is currently seeking to complete a doctorate in economics at the University of Chicago.

"There is no evidence that Tourre has any intention of returning to the securities industry following the expected completion of his studies in June 2016," Forrest said.