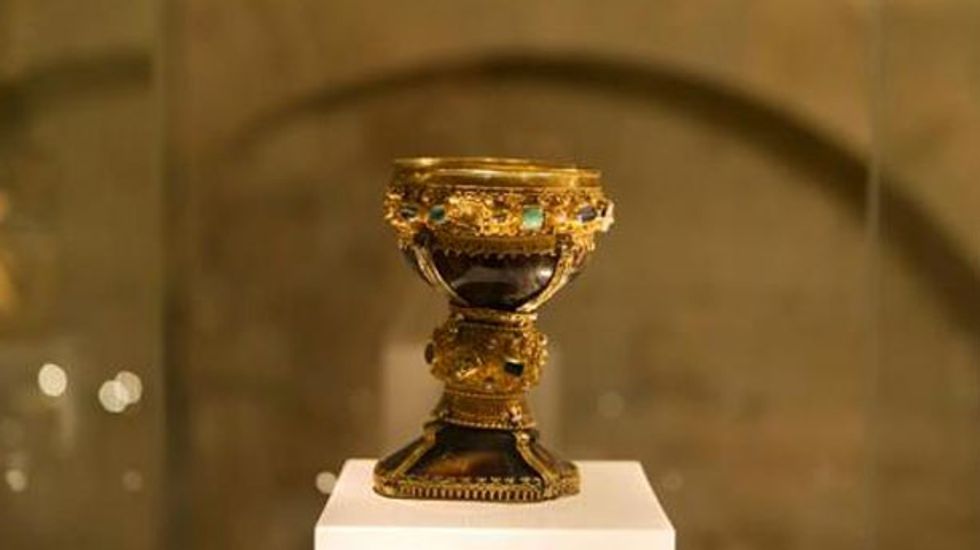 Curators were forced to remove a precious cup from display in a church in Spain when crowds swarmed there after historians claimed it was the Holy Grail, staff said.

Visitors flocked to the San Isidro basilica in the northwestern city of Leon after two historians published a book saying the ancient goblet was the mythical chalice from which Christ sipped at the Last Supper.

The director of the basilica's museum, Raquel Jaen, said the cup was taken off display on Friday while curators look for an exhibition space large enough to accommodate the crowds.

"It was in a very small room where it was not possible to admire it to the full," she told AFP.

Made of agate, gold and onyx and encrusted with precious stones, the object in Leon is formed by two goblets joined together, with one turned up, the other down.

It has been known until now as the goblet of the Infanta Dona Urraca, daughter of Fernando I, King of Leon from 1037 to 1065.

They said two Egyptian parchments they found in 2011 at Cairo's University of Al-Azhar set them on a three-year investigation.

Their studies led them to identify the upper part of the princess's goblet, made of agate and missing a fragment as described in the parchments, as the grail -- one of the most prized relics in Christianity.

It was offered to Fernando, a powerful Christian Spanish king, as a peace offering by the emir of a kingdom in the Muslim part of Spain at the time, Torres said.

In Europe alone there are 200 supposed Holy Grails, the Spanish researchers admitted. They attempted to debunk the authenticity of some of the better known candidates in their book.