Dalai Lama encourages U.S. to be 'self-confident' in defending democracy 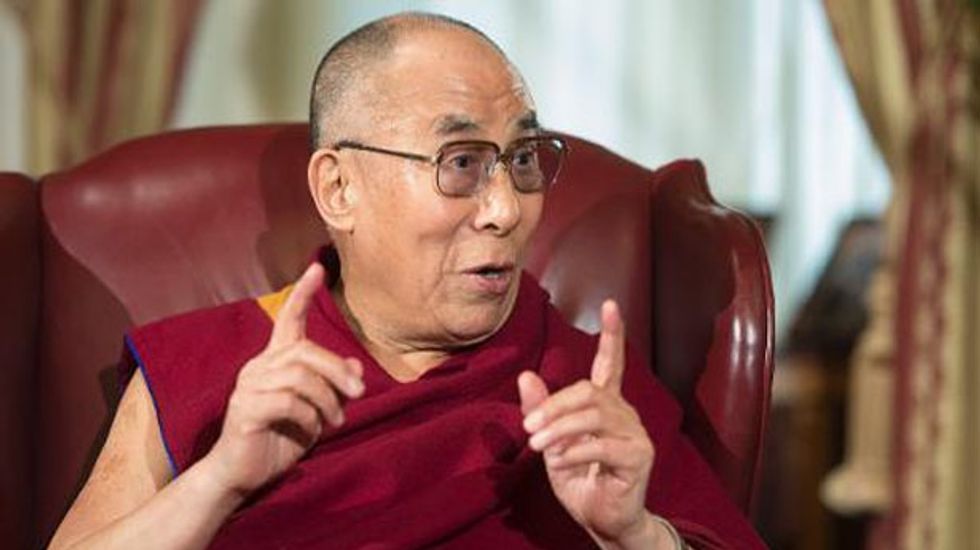 The Dalai Lama speaks during a meeting with congressional leaders (AFP)

The Dalai Lama on Thursday encouraged the United States to show self-confidence in defending democracy as top lawmakers rallied behind his calls to preserve Tibetan culture.

Tibet's exiled spiritual leader, whose meeting on February 21 with President Barack Obama was condemned by China, returned to Washington where for the first time he delivered the customary prayer that opens each Senate session.

The Dalai Lama, who fled his Chinese-ruled homeland for India in 1959, later met congressional leaders and told them one of his main goals was "preservation of Tibetan culture."

Offering advice as a "longtime friend" of the United States, the Dalai Lama said that he considered the nation to be "really a champion of democracy, freedom."

"These traditional values are, I think, very, very relevant in today's world. After all, you are the leading nation in the free world, So, (show) self-confidence," the Dalai Lama said.

The Dalai Lama sat between House Speaker John Boehner, who said he wanted to show bipartisan support for the Dalai Lama, and the Republican leader's often bitter rival Nancy Pelosi, a longtime activist on the Tibetan cause.

"What is happening in Tibet is a challenge to the conscience of the world," said Pelosi, the leader of Obama's Democratic Party in the House of Representatives.

More than 120 Tibetans have set themselves on fire in recent years to protest what they describe as a stifling Chinese control over their religious, cultural and political freedoms. Obama called for the protection of Tibetans' rights in a statement after his meeting with the Dalai Lama.

In contrast to his meeting with Obama, which the White House took pains to portray as private, the Dalai Lama was accompanied in his talks at Congress by Lobsang Sangay, who was elected in 2011 as the prime minister of Tibetans in exile.

The Dalai Lama told the lawmakers that he had transferred his political role to the elected leader. While the globe-trotting monk has been instrumental in throwing a worldwide spotlight in Tibet, the 78-year-old Nobel Peace Prize winner has increasingly been looking ahead to the future of the movement without him.

The Dalai Lama appeared to reflect on his own mortality as he served as the guest Senate chaplain, offering what he described as "my favorite prayer" which he recites daily.

"This gives me inner strength," the Dalai Lama said in Tibetan. "I am asking to serve humanity as long as space remains and as long as beings remain, until then may I, too, remain and help dispel the misery of the world."