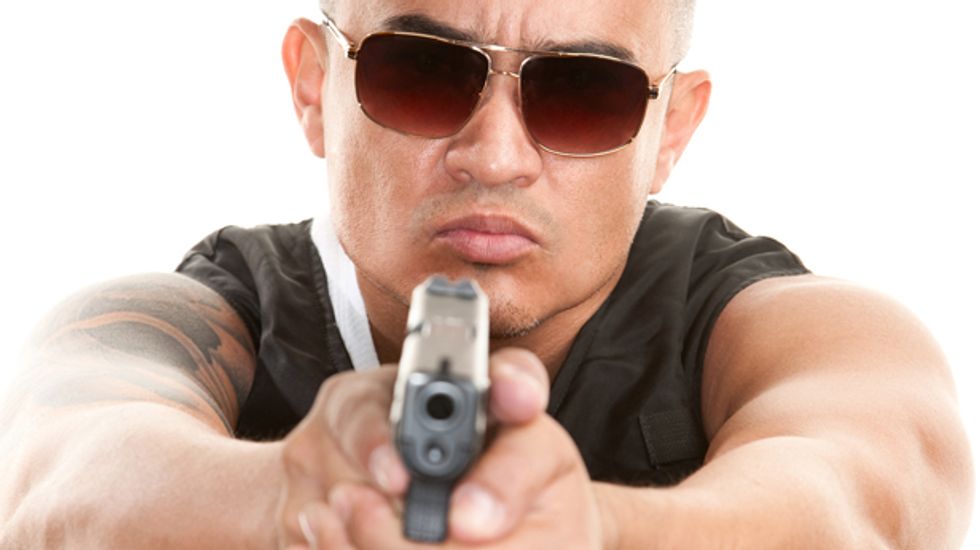 A Dallas police officer is facing assault charges after a dash cam video showed him punching and pistol whipping a suspect after a high speed chase.

Officer Rene Villanueva has been fired and faces criminal charges of Official Oppression and Assault, according to CBSFW.

The incident dates back to November when Villanueva, who was working an off-duty job at the time, engaged in a high speed pursuit of Ambrosio Monsavais after Monsavais reportedly bumped another off-duty deputy with his truck.

In the dash cam video, provided by the Dallas/Ft. Worth Police Department, Villanueva can be seen reaching into the suspect’s truck and punching with his right hand while holding his gun. After re-holstering his gun, Villanueva punches Monsavais two more times before pulling him for the cab of the truck and throwing him to the ground.

Villaneuva can be seen hitting the suspect additional times before police back-up arrives.

Geoffrey Henley, a local attorney who specializes in police brutality cases explained that striking with a suspect with a gun is a serious issue.

“The potential for abuse from pistol-whipping in particular is great, because presumably if you’ve already got a gun on him then there’s a high probability that the person is going to be cooperating,” said Henley. “Now subsequently to subduing this person you’re continuing to inflict pain.”

Monsavais suffered lacerations above his left eye as a result of the incident. He later accepted a plea deal for his arrest and was deported.

Watch the dash cam video below provided by CBSFW: