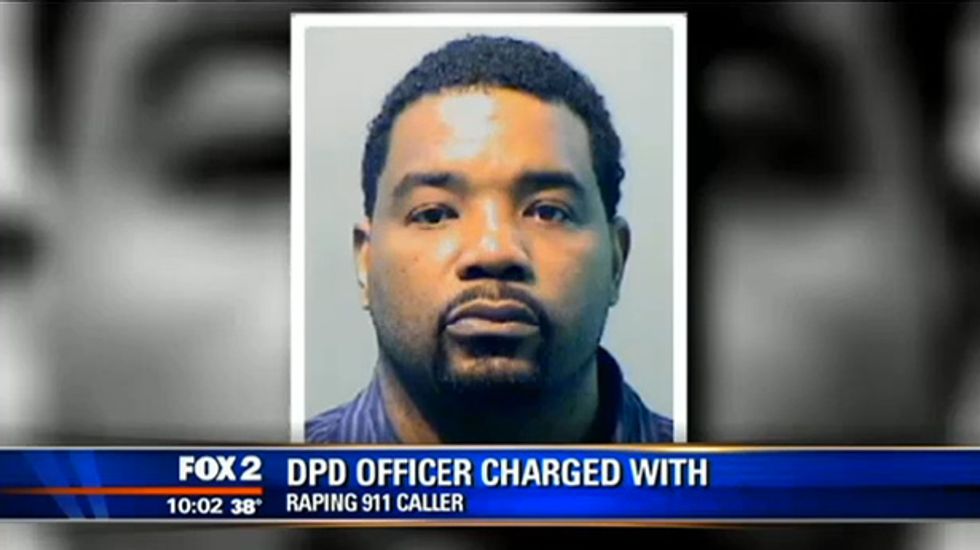 A Detroit police officer who responded to a 911 call regarding domestic violence has been arrested and charged with sexual assault against the woman who made the call, according to MyFoxDetroit.

Officer Deon Nunlee, 40, was arraigned Friday on three counts of second-degree criminal sexual conduct, one count of assault with intent to penetrate, and one count of misconduct while on duty.

On October 30, 2013, Nunlee and his partner were dispatched to the home of a woman who called 911 saying her boyfriend had assaulted her.

While Nunlee's partner stayed with the boyfriend, the officer took the woman upstairs where the woman claims he sexually assaulted her, The woman later told investigators that Nunlee told her that he would be returning the next morning at 7 a.m.

After the officers left the house the woman told two friends about the incident.  She then reported it to the police the next day at which time a rape exam was conducted.

According to police sources, Nunlee denied the woman’s claim, but he was arrested this week when a positive DNA test came back.

Nunlee, a Detroit police officer since 2008, has been on desk duty since Oct. 30, said Detroit Police Commander Johnny Thomas.

“He has nothing anywhere near this degree of misconduct,” Thomas said, adding there were a few minor incidents in the officer's file. “Once the criminal case is over we will do our internal investigation.”

Nunlee is due back in court April 17.

Watch the video below from MyFoxDetroit: