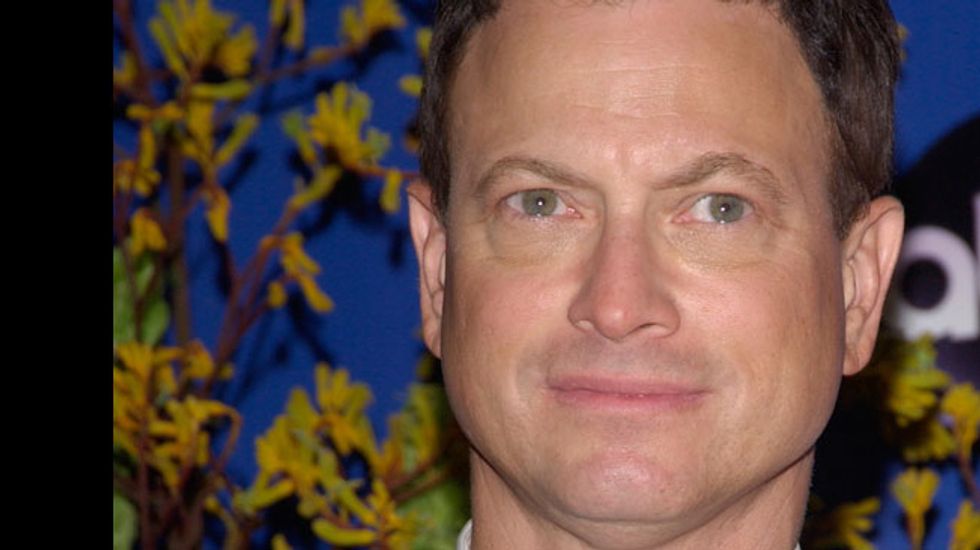 The online Hollywood Reporter quotes Cruz on 2/20/2014 saying, “FOA should respond to the IRS as it would any McCarthyite request for information.” Invoking Joseph McCarthy in the negative seems particularly odd for extreme right-winger Ted Cruz. Other prominent FOA members defend McCarthy as a heroic victim of traitorous communists who pose as being members of the Democrat Party. Ann Coulter, a Friends of Abe darling who spoke at one of its events, wrote a book called Slander that defends McCarthy as the ultimate patriot and insults McCarthy’s opponents, who included the five-star General George Marshall, as traitors.

What is Friends of Abe anyway? Founded by actor Gary Sinise, prominent FoAers include Clint Eastwood, Kelsey Grammer, Jerry Bruckheimer, Patricia Heaton, Robert Duvall, and David Mamet and perhaps as many as 1,500 total members. Friends of Abe, or FOA as the group is known among members, had been seeking nonprofit charity status since early 2011. Jeremy Boreing, an apparent documentary filmmaker who serves as the public operative for Sinise, went on a media blitz in late January and early February, decrying the IRS for purposely withholding the group’s request for 501(c)(3) status as part of a program to “target” and “harass” conservatives.

Conservatives claiming “victimhood” at the hands of the IRS has become an overused meme. On the Fox News Megyn Kelly show, The Kelly File, reporter Trace Gallagher proclaimed, “The group is called 'Friends of Abe' named after Abraham Lincoln, and it’s made up of 1,500 conservative members of the entertainment industry. They gather for things like meals, drinks, and to learn about the political process. It is now seeking 501(c)(3) tax-exempt status, so that donations could be tax deductible just like some progressive groups. Getting the exemption would prohibit the group from partisan activity. Now 'Friends of Abe' acknowledges having speakers like Karl Rove and Herman Cain, but they deny having a political agenda. 'Friends of Abe' says it doesn't just suspect they were being targeted by the IRS, they say they were told they're being targeted by the IRS.”

According to Boreing (on "The Kelly File"), “We understand through our attorneys that our agent at the IRS who was handling our file, specifically said we had been targeted on the BOLO (Be On the Lookout) list. So I think that probably the reason we're being targeted is we filed as a conservative educational fellowship.”

On his own website, Boreing added, “The struggle for 501(c)(3) status went on for nearly three years with no answer from the IRS.... We're not advocating for anything. We're not trying to accomplish any objective politically or even from a Hollywood business point of view.”

It turns out the IRS was played. FOA had been gaming the system all along.

In its impatience with the IRS review process, FOA began telling its members that it had full 501(c)(3) status as early as 2011, in order to solicit donations. In December 2011, Gary Sinise sent out an email to FOA members trumpeting the status. From that point on, all members were continually reassured that their donations were fully tax deductible and that FOA had full 501(c)(3) status.

FOA even used the allure of nonprofit status to sell tables at an August 2012 dinner with Supreme Court Justice Antonin Scalia, comedian Dana Carvey, and country star Larry Gatlin. Yes, these odd ducks all appeared together ... welcome to the surreal world that is Friends of Abe.

Further inside scoops about Friends of Abe are detailed in the upcoming book, Republican Party Animal: The ‘Bad Boy of Holocaust History’ Blows the Lid Off of Hollywood’s Secret Right-Wing Underground (Feral House), which tells the story of the rise of “David Stein,” who became a preeminent West Coast GOP organizer and Friends of Abe activist, only to be outed by an ex-girlfriend (and FOA member) as having been the notorious “Jewish Holocaust denier” David Cole back in the early 1990s.

When the story of the Friends of Abe/IRS feud broke, Cole/Stein forwarded to us documents proving that FOA had been raising money with a false claim of 501(c)(3) status at least three years before they bullied the IRS into actually giving it to them. FOA was running a scam, a scam that the IRS, pilloried by Fox News accusations of “targeting” conservatives, was apparently willing to overlook when it granted the status for real last week.

Far from being victims, FOA was perpetrating a fraud, probably an illegal one.

There is also evidence that Sinise was funneling FOA money through his supposed “veterans” charity. According to the site CitizenAudit.org, in 2010, when Sinise got approval for his own nonprofit, the Gary Sinise Foundation, he listed “Abe’s Pal” as a secondary DBA. “Abe’s Pal” was the name through which FOA solicited money.

In the Sinise Foundation’s filings with the IRS, it lists its very specific goals: “To serve the nation by honoring our defenders, veterans, first responders, their families, and those in need,” adding that the nonprofit will provide “relief for wounded warriors, entertainment for service members and their families, school supplies for children where U.S. troops are deployed, and scholarships for veterans.”

If Sinise was indeed funneling money from a partisan GOP organization through his foundation, that may very well be another instance of criminal activity, along with the fraudulent claim that FOA had 501(c)(3) status.

Boreing’s claim that FOA has no political objective and engages in no political advocacy is torpedoed by emails from Sinise and the FOA main office. According to source David Cole/Stein, outright solicitations for donations by politicians were generally kept out of FOA emails and reserved for the secret meetings, FOA did indeed send out an email on September 16, 2010 (less than two months before the midterm elections), asking members to visit the “Young Guns” GOP PAC fundraising website. In the email, FOA unambiguously stated, “America is standing at a critical crossroads, and Young Guns candidates give America the best opportunity to move our country in the right direction.”

A September 9, 2010 email from FOA invited members to an event co-sponsored by the California Republican Party and the Hollywood Congress of Republicans. The event was titled “A conservative’s guide to getting involved in the 2010 political process.” It was held at Galpin Ford in North Hills, California.

Does this appear like FOA is simply an “educational” institution, with no partisan or political agenda?

FOA successfully gamed the IRS. Will the IRS show any interest in investigating the fact that from 2011 onward FOA illegally raised money by claiming a status it didn’t have?