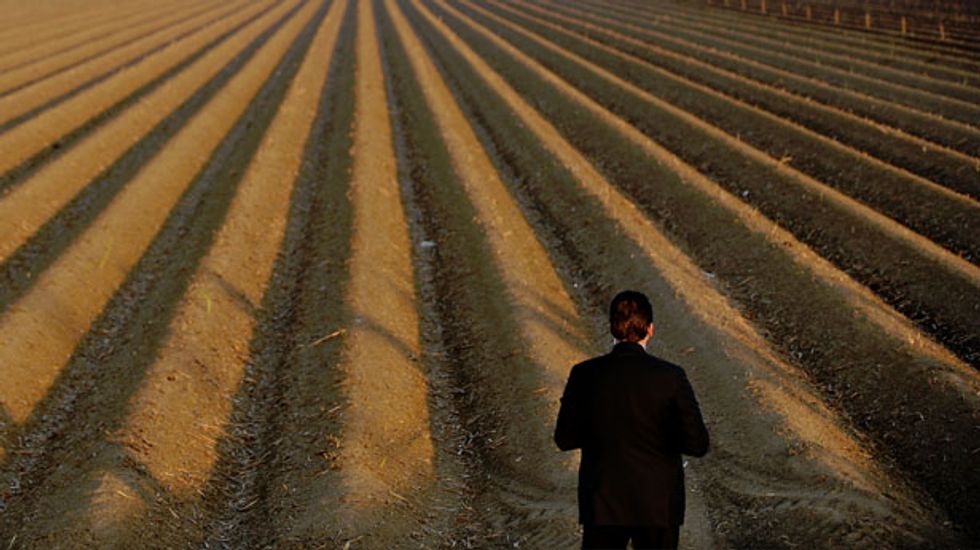 The move marks a retreat from restrictions imposed earlier in the year which had widely been expected to be tightened further, rather than eased, and was welcomed in the agricultural community.

"California's agriculture is critical to the world's food supply," said assemblywoman Kristin Olsen, who represents part of the San Joaquin Valley, who had lobbied hard against the restrictions. "An inability to produce that food would clearly be devastating to health and human safety not only in California but around the globe."

"We were quite concerned at that time about the issue of public health and safety," Tom Howard, executive director of the state Water Resources Control Board, said in a conference call with reporters on Wednesday. "This really had the markings of a historic drought."

The move comes after weeks of intensive lobbying from growers, lawmakers from agricultural regions and the state's two U.S. Senators, who said the restrictions, along with the possible curtailment of water rights for some agricultural and municipal customers, would harm the state's economy.

The most populous U.S. state is in its third year of a drought that may still turn out to be one of the worst in its history despite storms that brought rain and snow last week, leaving some small communities at risk of running out of drinking water and possibly forcing farmers to leave fallow a half-million acres of land.

Recent storms dropped nearly a foot of rain in some areas, boosting reservoir levels and the snowpack that the state relies on for drinking water in the spring, but still leaving supplies way below normal for this time of year.

Earlier this month, concern that the state was about to restrict water supplies to farmers even further swept through the agricultural community, spurring intensive pushback and a series of tense meetings with water regulators in the administration of Democratic Governor Jerry Brown.

"We are very concerned that if the current proposal as reported to us is enacted, it will have significant near- and long-term effects on the California economy and, more importantly, will not achieve the desired water supply security intended," U.S. Senators Barbara Boxer and Dianne Feinstein and Congressmen Jim Costa and John Garamendi, all Democrats, wrote in a letter to the water board.

Under the new rules announced Tuesday, which Howard said may be modified again next month, the two massive public water projects responsible for pumping in the delta will be able to deliver it to farmers and others, once the state determines that there is enough flowing to meet the health and sanitation needs of residents.

Scott Shapiro, an attorney specializing in water issues for the Sacramento firm Downey Brand, said expanding the allowable uses of tight water supplies was not just important for farmers.

"It's not just for agriculture, because there are other needs that may be contracted for that go beyond health and safety," Shapiro said. "It could include other municipal, industrial and agricultural needs.

In addition to allowing more of the water pumped from the delta to be used for purposes other than meeting health and safety needs, the state planned to reduce by about a third the amount of water that the projects were required to leave in the delta as a way of protecting fish, Howard said during the press briefing.

But he cautioned that the state could still implement severe cutbacks to the water rights of many users if dry conditions continue.

Environmental groups, long critical of what they say is over-use of the state's limited water resources for farming in dry areas, did not immediately respond to the rules change.

Mark Cowin, director water resources for the state, said that fish and wildlife experts consulted by his department said that endangered species in the delta would not be harmed by the looser rules.