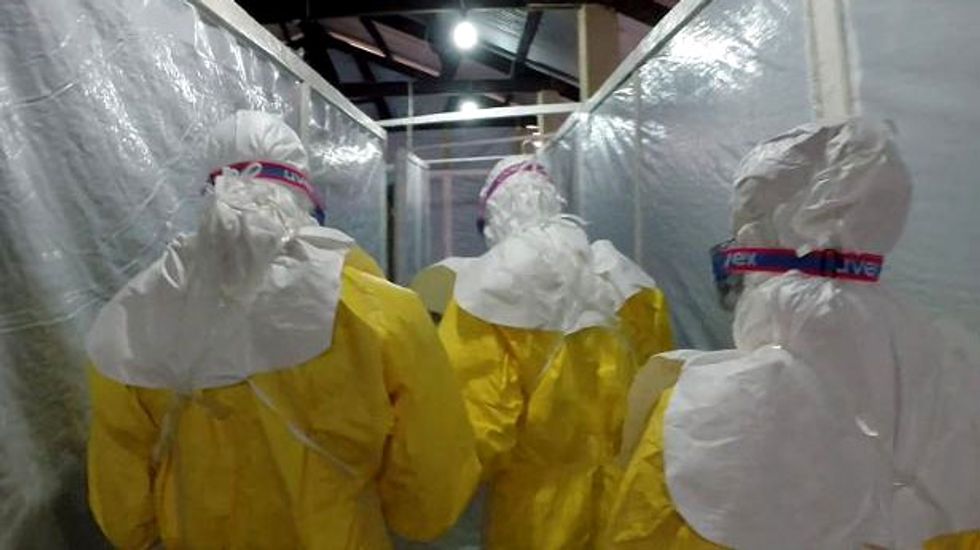 Aid organisation Doctors Without Borders said Monday an Ebola outbreak suspected of killing at least 78 people in Guinea was an "unprecedented epidemic" that had spread across the west African nation.

"We are facing an epidemic of a magnitude never before seen in terms of the distribution of cases in the country: Gueckedou, Macenta, Kissidougou, Nzerekore, and now Conakry," Mariano Lugli, the organisation's coordinator in the Guinean capital, said in a statement.

The group known by its initials in French MSF said by the end of the week it would have around 60 international field workers with experience in working on haemorrhagic fever divided between Conakry and the south-east of the country.

"MSF has intervened in almost all reported Ebola outbreaks in recent years, but they were much more geographically contained and involved more remote locations," Lugli said.

"This geographical spread is worrisome because it will greatly complicate the tasks of the organisations working to control the epidemic."

MSF said it had stepped up support for the isolation of patients in Conakry, in collaboration with the Guinean health authorities and the World Health Organization (WHO).

"Other patients in other health structures are still hospitalised in non-optimal conditions and isolation must be reinforced in the coming days," MSF said.

"In Guinea, it is the Zaire strain of Ebola virus. This is the most aggressive and deadly. It kills more than nine out of 10 patients," MSF epidemiologist Michel Van Herp, who is in southern Guinea, was quoted as saying.

The WHO said in a statement released on Sunday Liberia had detected two Ebola cases among seven samples tested from the northern Foya district, which shares a border with southern Guinea.

Ebola has killed almost 1,600 people since it was first observed in 1976 in what is now the Democratic Republic of Congo but this is the first fatal outbreak in west Africa.

The WHO said Sierra Leone has also identified two suspected cases, both of whom died, but neither has been confirmed to be Ebola.

No treatment or vaccine is available for Ebola, and the Zaire strain detected in Guinea has a historic death rate of up to 90 percent.

It can be transmitted to humans from wild animals, and between humans through direct contact with another's blood, faeces or sweat, as well as sexual contact or the unprotected handling of contaminated corpses.

The WHO said it was not recommending travel or trade restrictions to Liberia, Guinea or Sierra Leone based on the current information available about the outbreak.

But Senegal has closed border crossings to Guinea "until further notice".