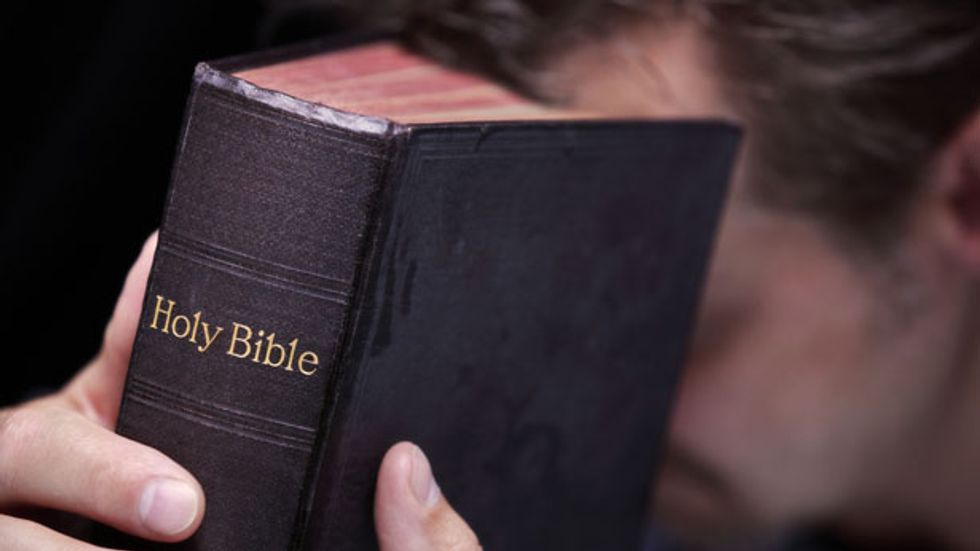 A longtime Dodge City resident and pastor, aged 79, was arrested Friday, in connection with multiple rape and sexual assault allegations.

According to the Dodge Globe, Pastor Dr. Jerrold W. Ketner has been charged with seven counts of rape and sexual assault in the case, involving a 33 year-old female victim.

The Dodge City Police Department opened the sexual assault investigation on the pastor of New Hope on the Plains church on March 6.

On March 7, Ketner's $100,000 bond was modified to a $10,000 cash bond in Ford County District Court with District Judge Ann L. Dixon ordering the defendant to be placed under immediate house arrest if he should post bond

Saying she was concerned about Dr. Ketner having contact with his congregation, Judge Dixon ruled that Ketner may not leave his home except for in the case of a medical emergency or to appear before the court.

[Prayer with focus on the Holy Bible on Shutterstock]