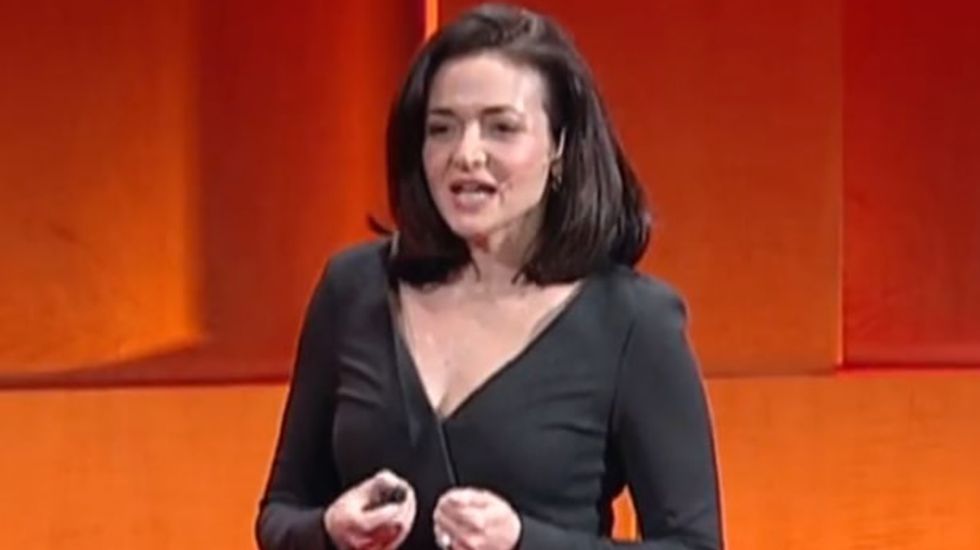 Facebook Chief Operating Officer Sheryl Sandberg -- one of only 32 billionaire women in the world -- is rumored to be considering a run to represent California in the Senate.

If Sandberg runs in 2016, she would be challenging Senator Barbara Boxer.

Sandberg held the position of chief of staff to Treasury Secretary Larry Summers during the latter half of the Clinton administration, so her decision to run would put Hillary Clinton in a difficult spot. Either she could endorse the woman who ran the daily operations of the Treasury during her husband's second term, or she could support a stalwart ally from her days representing New York in the Senate.

When asked at the World Economic Forum in Switzerland whether she would ever seek public office, the author of the controversial book Lean In told reporters that politics was "not for me. I just have a wholesale agreement that we need more women in politics."

The anonymous source who spoke to The Daily Mail dismissed those statements as the product of false humility.

"She sees politics as her future, definitely," the source said. "This is what she has mapped out. She has spent her life courting the most powerful people in the country and she's an incredibly smart and focused woman -- she knows what she wants."

A Republican consultant who asked not to be named told The Daily Mail that a contested Democratic primary between Sandberg and Boxer could be a boon for the GOP.

"When two evenly matched liberals punch each other silly, and money is no object for at least one of them, it's the best scenario possible for us come November," the anonymous consultant said.

"But only as long as we can all get behind a single candidate ourselves."

UPDATE, 3:03 PM EST: A source close to Sandberg reportedly said that the piece on which this article was based is "100% untrue."

Watch Sandberg's TED talk on why more women in leadership positions are needed below.