FBI agents are in Kiev helping probe 'kleptocracy' in Ukraine 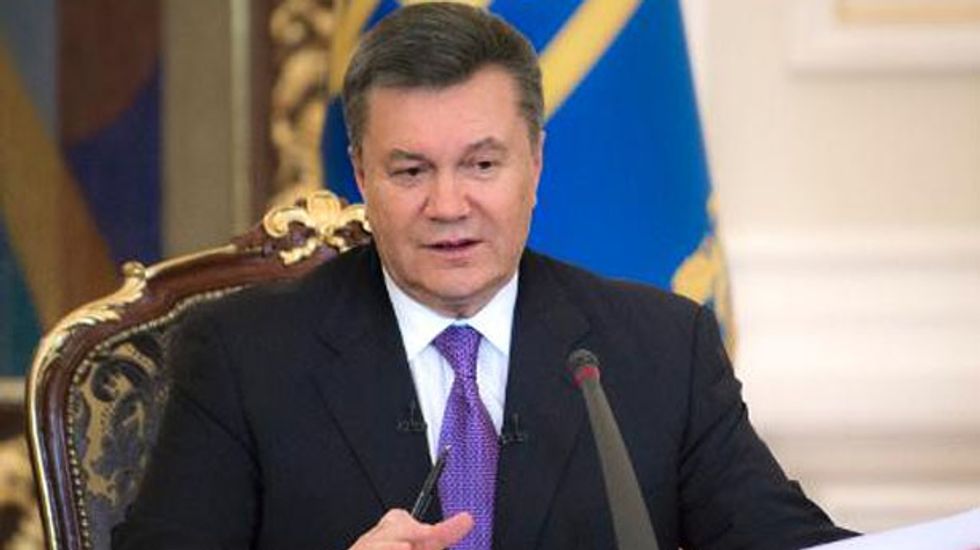 US officials including FBI agents are in Kiev helping a Ukrainian-led investigation into corruption under ousted president Viktor Yanukovych, the US ambassador to Kiev said on Monday.

"We are doing what we can to unpack the enormous kleptocracy which surrounded the Yanukovych government," Geoffrey Pyatt said at a press conference in Kiev.

Pyatt also said there were "a variety of other international governments" assisting in the Ukrainian investigation "to uncover the financial crimes that were committed by the previous regime and to see what can be done to recuperate some of those assets."

The European Union last week froze the assets of Yanukovych, ex-premier Mykola Azarov and 16 former ministers, businessmen and security chiefs -- all on grounds of fraud.

Swiss authorities have also ordered a freeze on the assets of both Yanukovych and his multi-millionaire son Oleksandr, as well as 18 other former ministers and officials.