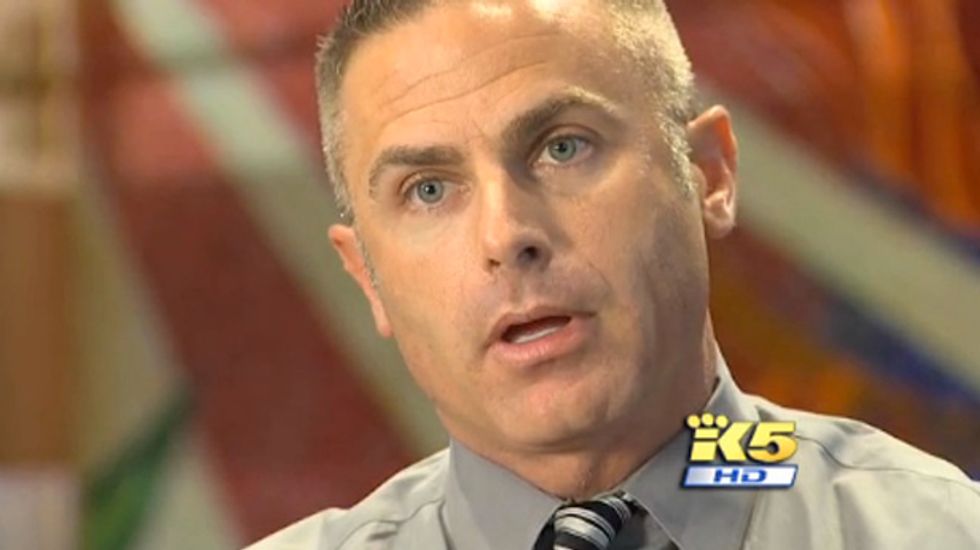 Mark Zmuda, the Catholic school vice principal who was fired after marrying his partner in a legal same-sex wedding, is suing the school and the Seattle Archdiocese for discrimination and wrongful termination.

Lawyers for Zmuda, whose termination led to student walkouts at Eastside Catholic School as well as other Seattle-area Catholic schools, will be filing the suit today.

Prior to the filing, attorneys for the school and the Archdiocese have already drafted a motion for dismissal of the lawsuit, stating that Zmuda knew that his same-sex marriage went against the teachings of the Catholic Church.

According to the lawsuit, "Prior to Mr. Zmuda's termination, ECS's website represented that ECS does not discriminate based on marital status or sexual orientation."

That notice has since been taken down.

According to a copy of the lawsuit, in 2013, then school president Sister Mary Tracy asked Zmuda if he was gay. When he said "yes," Tracy asked him not to bring his same-sex partner to any school related events to which Zmuda agreed.

In July 2013, Zmuda married his long time partner. In November, the lawsuit states school administrators asked Zmuda if he was gay. When he confirmed, Tracy told him the school would pay for a "commitment ceremony" if Zmuda got a divorce. When Zmuda refused to get a divorce, he was fired.

According to the documents, the order to terminate Zmuda came from the Archdiocese.

Sister Mary Tracy has since quit her job as President of Eastside.

Watch the video below from KING5: