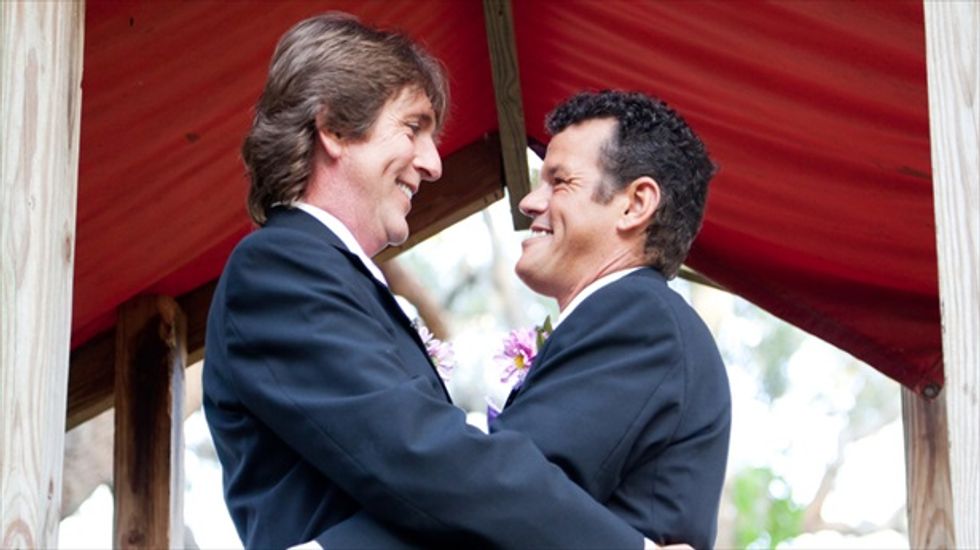 (Reuters) - Four gay couples filed a federal lawsuit on Friday in an effort to halt Indiana's gay marriage ban and force the state to recognize marriages of same-sex couples who were wed elsewhere.

The suit, filed by the Indiana couples in a New Albany federal court, challenges the state's Defense of Marriage Act, saying the law is unconstitutional by denying same-sex couples the rights, privileges and responsibilities extended to opposite-sex couples.

"Indiana's discrimination towards these couples touches many aspects of married and family life, from the mundane to the profound," the complaint said.

Advocates have gained momentum in their fight to legalize gay marriage in courts across the United States where judges recently struck down restrictions in Kentucky, Virginia and Texas.

The Indiana suit was filed as a federal trial winds down in Michigan, where a lesbian couple hopes to ease restrictions that hinder same-sex couples from adoption as well as overturn that state's gay marriage ban.

Under Indiana's Defense of Marriage Act, the state does not allow gay couples to marry and does not recognize gay marriages that occur in other states.

In February, those opposed to gay marriage won a victory in the Indiana Senate where lawmakers approved a proposed state constitutional amendment that would prohibit same-sex marriage. That measure must be passed again by both chambers before it can go to the voters in 2016.

State Attorney General Greg Zoeller said in a statement that he will fight the lawsuit and defend Indiana's gay-marriage ban.

"People of good will have sincere differences of opinion on the marriage definition, but I hope Hoosiers can remain civil to each other as this legal question is litigated in the federal court," Zoeller said in a statement.

Polls show support for gay marriage surging in the decade since it first became legal in Massachusetts. Slightly more than half of Americans now support the idea.

In all, 17 states plus the District of Columbia recognize same-sex marriage, including eight states where it became legal in 2013.

[Image: 'Happy Gay Couple Getting Married On The Playground Of A Park' via Shutterstock]