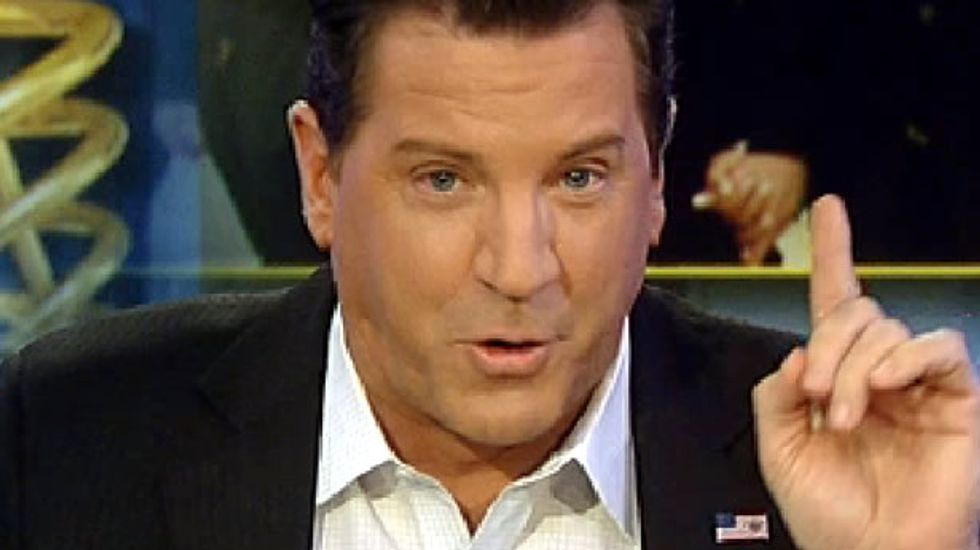 On Saturday's episode of Cashin' In, Fox News host Eric Bolling encouraged young Americans to "take the penalty" they'll have to pay if they don't sign up for the Affordable Care Act (ACA).

"With the deadline for signing up for Obamacare just a week away," Bolling said, "selling it might not be a slam dunk, even for LeBron James."

Bolling then played a pitch for the ACA featuring James, before cutting to "new goofy videos to push healthcare." He then complained that the Obama administration is spending "$17 million of our tax dollars, per a month, to get young people to buy into Obamacare."

His guest, Jonathan Hoenig of Capitalistpig.com, replied that he found the advertising campaign "just so uncouth, not just the fact that we're spending $20 million a month on it, but that we're trying to convince young people that statism is good -- that self-sacrifice is good."

"What does the president think of young people?" Hoenig asked. "That they're knuckleheads, that they don't know a good deal, that they're idiots. In fact, almost 90 percent of young people find it's cheaper not to sign up for Obamacare and take the penalty, and of course, none of it has anything to do with free markets or a free society."

Watch video captured by Media Matters for America below.