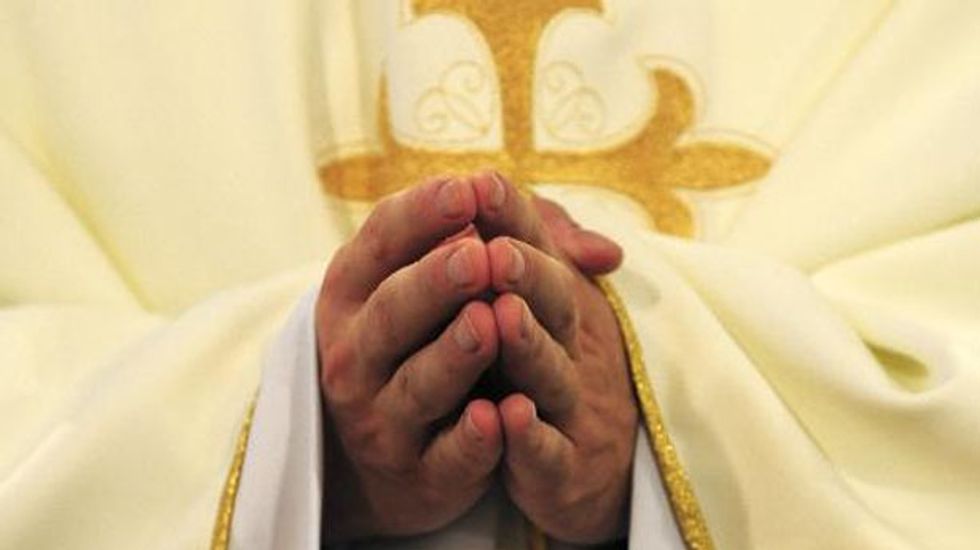 Photo of a Catholic priest (AFP)

An 85-year-old former Catholic priest who spent decades on the run has been jailed for 15 years for sexually abusing seven children between 1957 and 1991.

Five of Francis Paul Cullen's victims were altar boys, whom he abused when he invited them over for tea and cake at his home, after mass or in his caravan on Scouts trips.

Two others were girls whose relatives had connections with the Catholic Church, Derby Crown Court heard.

Cullen was first arrested in 1991 but fled while he was on bail. He was tracked down in 2012 in Tenerife in the Canary Islands with the help of the Catholic Church.

He initially indicated he would deny the charges but changed his plea, admitting to 15 counts of indecent assault, five of indecency with a child and one of attempted buggery.

In his sentencing remarks on Monday, Judge Jonathan Gosling told Cullen that he had taken advantage of his position as a trusted parish priest to "satisfy your perverted lust".

"You were welcomed into the parents' homes. They could never have guessed that in truth you were a predatory paedophile -- a term which was at that time unknown to the vocabulary," he said.

"You were, in reality, cunning, devious, arrogant -- in the word of one of your victims, 'despicable'."

The charges relate to three periods of time when Cullen was in different parishes -- four of the boys were abused between the 1950s and 1970s, the two girls were abused in the 1980s and the other boy in the early 1990s.