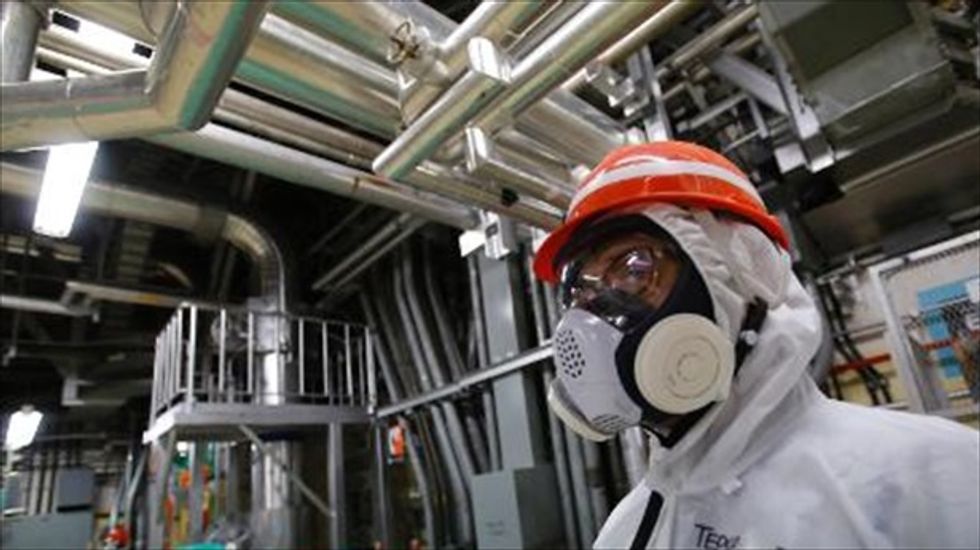 Media and TEPCO employees visit the suppression chamber area in the basement of the Number 5 reactor building at the Fukushima power plant on March 10, 2014 (AFP)

Tokyo Electric Power (TEPCO) said it had discovered a defect in its Advanced Liquid Processing System (ALPS) and switched it off on Tuesday for repairs.

It is not the first time the utility has shut down the system, which has been hit by a series of glitches since trial operations began a year ago.

"We don't know yet when we can resume operating the system as we have not detected the cause of the defect yet," a TEPCO spokeswoman told AFP.

"But we still have room to store toxic water so there is no immediate concern."

Many experts say that at some point the water will have to be released into the sea after being scoured of the most harmful contaminants. They say it will pose a negligible risk to marine life or people, but local fishermen and neighbouring countries are fiercely opposed.